The Fangirly Diary of a Geek Girl: Marvel films will go on and on~

Despite rumors of trouble with Marvel/Netflixs’s Iron Fist, the titular character has already been cast! At least, according to Luke Cage‘s Mike Colter. And it makes sense he would know, considering that Luke Cage and Iron Fist are BFFs! Iron Fist’s actor must have chemistry with Mike Colter, so he must know him after doing some screen tests together right. Evil me imagines that the dude is lily white (which is of course canon), despite some parts of the fandom wanting an Asian or an Asian-American in the role; and with all this #OscarSoWhite issue, Marvel may be waiting for all of that to blow over (because you know it will), before sharing the news.

The actor has been cast, but he’s in a basement somewhere. When the time is right, they’ll let him up and tell him where he is. I am [excited]. I’ll get a nice little break, after doing Jessica Jones and Luke Cage. Whether I’m in [his show], I don’t know, but there’s The Defenders.

I’ve learned that there are really no rules. There’s no road map. They’re very similar to Pixar in that way. They are constantly looking for the best story, they’ll tear everything down to rebuild it to make sure they have the best story. That’s why Marvel is good they keep pushing and pushing and trying to get the best thing possible. That’s what I’ve discovered the way things have changed.

Mark Ruffalo also talked about the film, and how that film and Avengers: Infinity War – Part 1 and Part 2worked a really interesting arc for Bruce Banner/Hulk, in a way that will “feel like a Hulk movie, a standalone movie”.

Here’s a new Deadpool clip called “2 Girls 1 Punch”. Yep, that’s a reference to something quite unsavory in the internet. Also, yay for superhero landings! I do wonder if Negasonic Teenage Warhead spends too much in clothes if all of them are going to fall appart when she uses her mutant powers?

Captain America: Civil Waris heading into reshoots, and meanwhile the film tests well with audiences so far. As well as or better than Captain America: The Winter Soldier in fact! Not bad, considering that’s the best-testing Marvel movie. Sources also say the movie doesn’t pull any punches in the third act. Yes, Marvel, good. Make me cry, dammit!

Jada Pinkett Smith will be returning to Gotham as Fish Money! It’s reported she’ll be back for several episodes during the second half of the second season. When we last saw her the Penguin had thrown her off the top of building into the river. No body, and showrunner Bruno Heller hinted about the exaggerations of her death reports. Yep, a classic Disney death, since it was always a probability that she would come back.

Justice League Action, a new animated DC comic series, is coming to Cartoon Network, with Kevin Conroy as Batman, and Mark Hamill as Joker! YES! But 11-minute episodes? That’s the freaking format of Teen Titans Go, which is vastly inferior to Teen Titans! Dammit, don’t screw it up! Also, the animation makes everyone look quite young, innit? And what are those earrings Wonder Woman is wearing? Did she steal them from Jem? Now that would be truly outrageous! 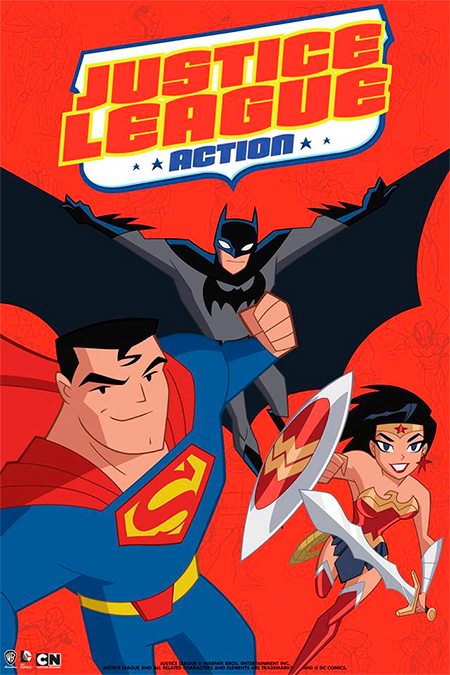