The Fangirly Diary of a Geek Girl: Marvel films will go on and on~

Greetings, fellow fangirls and fanboys! This week we continue with superhero film news, including the soon to be premiered Deadpool and Batman V Superman: Dawn of Justice, Captain America: Civil War, and the not so soon to be premiered Thor: Ragnarok. Also, many rumors, new series, and an interview with the creator of an old favourite of mine.

The Exorcist will be reimagined by Fox TV. Yep, a TV series. The plot for the first season seems to follow the movie and it is described as a “propulsive, serialized psychological thriller following two very different men tackling one family’s case of horrifying demonic possession and confronting the face of true evil”. Eh, I just hope if this has some kind of success, the next seasons don’t follow the sequels~ Something a bit worrying though: it’s also being not just written but executive produced by Jeremy Slater, the dude who wrote the Fantastic Four reboot. Yes, that Fantastic Four that came out last year with the terrible reviews. Oh, Fox, it’s like you are boicotting your own TV series!

Check out this Batman and Superman stare-down in the new Batman V Superman: Dawn of Justice poster which asks: “Who Will Win?”. Logic tells us that Superman must win, if he weren’t a bleeing heart. We’ll see, I guess. 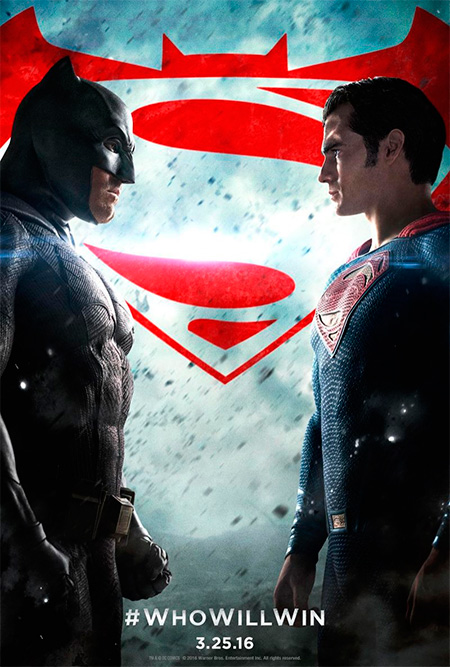 Seems like Wonder Woman would be over 5000 years old and a retired superhero by the time Batman v Superman: Dawn of Justice begins. So, she would predate Ancient Greece, right? That or someone at Warner/DC fails at both history and math. It’s kinda weird that the beginning of Superman’s career coincides with the end of both Batman and Wonder Woman’s (until of course, they give it a second go in the Justice League movie). As for her own movie, executive producer Deborah Snyder said this:

Her sexuality is part of her power, but she is also a feminist icon. Gender has been a hot topic, so it is very timely to bring her back. The way we have approached it, especially in the stand alone movie, that is definitely there. Looking back and doing an origin story – and it is a period piece – see the role of women through history. There is a great source of humour in that now. It is so unbelievable you can’t even fathom it. You are still making a statement, but having some fun with it.

Check out this nice poster (and banner) for the Gotham return on February 29. Season 2B is called “Wrath Of The Villains”, and we see a bit of Mr. Freeze there. 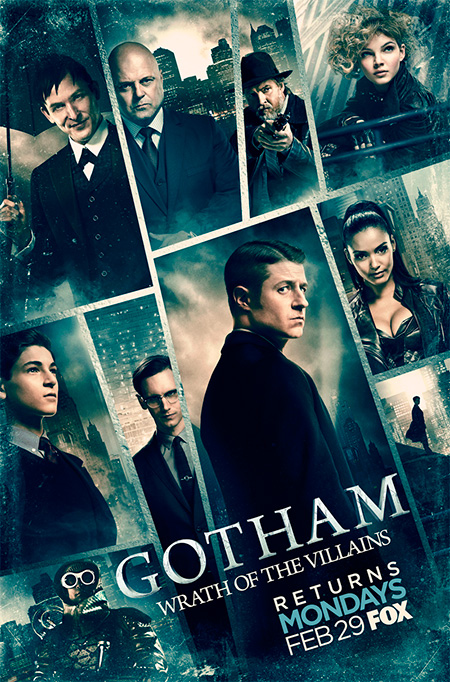 The horror comedy mockumentary What We Do In The Shadows is getting a spinoff called We’re Wolves… about werewolves, get it? And I am totally OK and waiting for it! The werewolves were such a great part in the movie! “We’re werewolves, not swearwolves” So yep, that’s what Taika Waititi (Eagle vs Shark) and Jemaine Clement (Flight Of The Conchords) will do after Waititi wraps up Thor: Ragnarok.

Talking about said movie, some details were revealed by “sources”, so yeah don’t totally believe yet. Seems we are getting Planet Hulk in some way in this movie, in the sense that Hulk ain’t reverting back to Bruce Banner, and Banner and Hulk’s personalities are sorta melding, including Hulk remembering Thor and his relationship to him. Mmmm, if this is true, that could be interesting!

It’s time to calm down about those Labyrinth reboot reports, said writer Nicole Perlman on her twitter. It’s more like a sequel and it has been in motion for a while. The timing of the rumors was kinda upsetting (tacky!), she agrees.