The Fangirly Diary of a Geek Girl: Mads stranding!

Greetings, fellow fangirls and fanboys! This week even more celebrities get to appear in Hideo Kojima’s Death Stranding. Also, a couple of first looks, casting wishes, box office news and more! Here’s how the week started:

OMG, we are getting an Interview with a Vampire TV series! Now that the theatrical rights to her series of books are back with her, Anne and her son Christopher Rice are “developing a pilot script and a detailed outline for an open-ended series faithfully presenting Lestat’s story as it is told in the books, complete with many situations that readers expect to see.” She shared the news on her Facebook:

The theatrical rights to the Vampire Chronicles are once again in my hands, free and clear! I could not be more excited about this! — A television series of the highest quality is now my dream for Lestat, Louis, Armand, Marius and the entire tribe. In this the new Golden Age of television, such a series is THE way to let the entire story of the vampires unfold.

In US box office news, Moana goes straight to first place, adding to Disney’s piles of money, Fantastic Beasts and Where to Find Them went to a decent second place.

As for the other Disney property currently at the cinemas, Doctor Strange will easily reach $200 million domestically and is already at $616 million globally. That means it’s the MCU’s highest grossing first solo installment, with Iron Man ($585M) on the second place.

The nominations of the 2017 Annie Awards are here, and Zootopia and Kubo and the Two Strings are on the lead. As for animated TV series, yay for Star Wars Rebels, Voltron and Gravity Falls! Damn, absolutely nothing for Steven Universe. 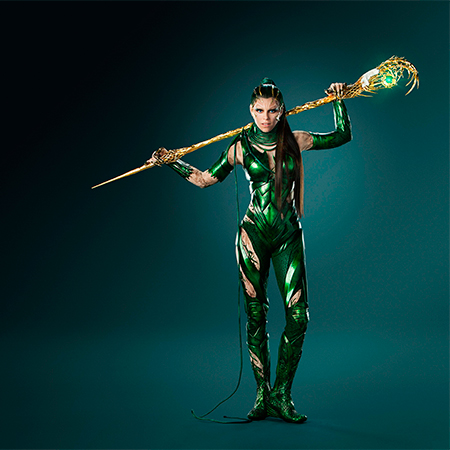 Gotham will return with new episodes in January, and there’s a new promo that showed the return of Jerome (Cameron Monaghan), who many fans believe is going to become the Joker. Because most of us already accepted the fact that this show ain’t canon at all.

If you read Marvel comicbook back in the 90s (or had the Marvel Pepsi Cards), you know those X-Men colour themed books, and now (or rather in April 2017) X-Men: Gold and X-Men: Blue return as part of “ResurrXion”, a line-up of titles that will launch after the Inhumans vs. X-Men event is over and done. So, we have X-Men: Gold, written by Marc Guggenheim with artwork by Ardian Syaf, where Kitty Pryde is the team leader of a squad which consists of Storm, Colossus, Nightcrawler, Old Man Logan, and Rachel Grey. Meanwhile, X-Men: Blue, written by Cullen Bunn with artwork by Jorge Molina, has the five original, time-displaced X-Men: leader Jean Grey, Cyclops, Iceman, Beast and Angel, but joining them is Magneto as their new mentor. 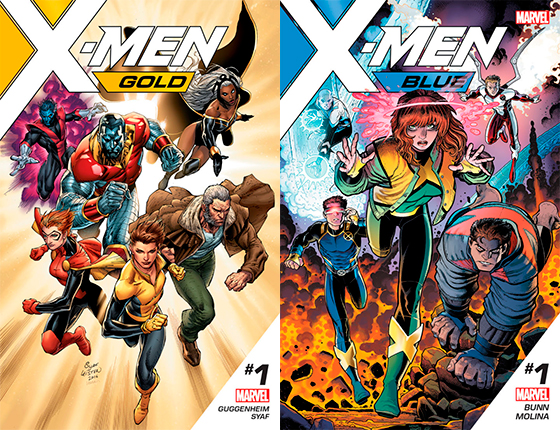