The Fangirly Diary of a Geek Girl: Inhumans, big & small

Greetings, fellow fangirls and fanboys! This week Marvel gave us a surprising piece of news, they are losing an MCU movie and gaining a new TV show! Also, new superhero related TV news, and unexpected casting news! Here’s how the week started:

Dear John Boyega was kind enough to let us now on Instagram that we should be getting ready to cancel another apocalypse. Yep, Pacific Rim 2 has officially started filming. Oh, I guess director Steven DeKnight also announced it on Twitter, but I don’t follow him, so I learned that after the fact. DeKnight also used the chance to answer fan questions and reveal some details. 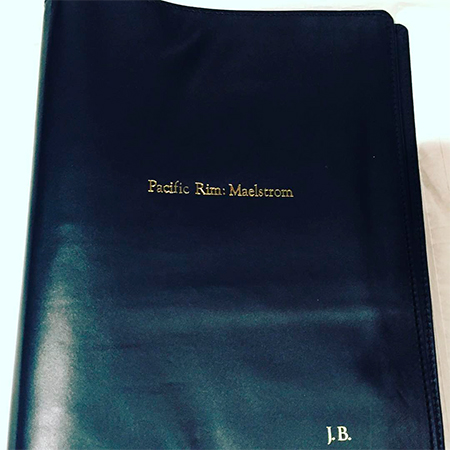 It has been obvious that Gabriel Luna as Robbie Reyes, a.k.a. Ghost Rider, has been a highlight in the new season of Agents of SHIELD. So much so, that many have speculated on the possibility of him getting his own show, on Netflix obviously. Sure, we have our four main Defenders, but we also have a spin-off for The Punisher, the breakout character of Daredevil season 2. Luna himself had this to say when asked about it:

It’s been talked about, there’s definitely deals in place for that potential. But I just take it one day at a time. I have so much fun now I just want to make sure I get these episodes right. If they throw more episodes on my plate, I will do my best to do well with those stories as well.

I didn’t know that Rhode Island had its own Comic Con, but it certainly delivered a couple of interesting news during the weekend! First, Stranger Things‘ Millie Bobby Brown talked about other things she wants to be in… like The Walking Dead! Even as a zombie! Another thing she wants to be in? Star Wars, of course! And this time she doesn’t want to conform and play an extra, girl wants to be Princess Leia! Well, she does look like a young Carrie Fisher in certain angles, and we are getting a Han Solo movie… why not! Sure, Alden Ehrenreich may be 14 years older than her, but Hollywood is creepy like that, considering it’s also the same age difference between Carrie Fisher and Harrison Ford. Anyway, here’s a comparison I found on Pinterest: 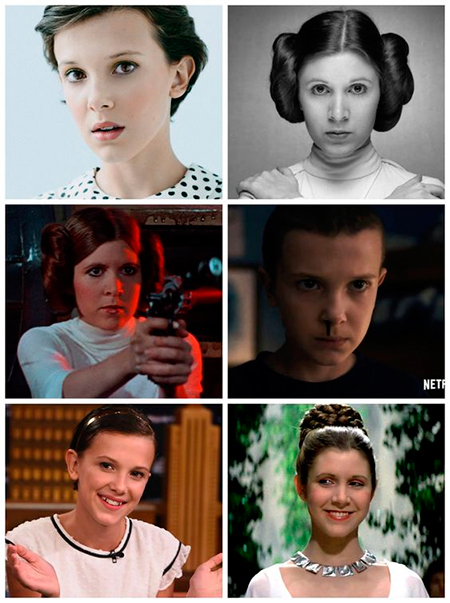 Gotham‘s Robin Lord Taylor was also at Rhode Island Comic Con, where he talked about the relationship between Penguin and Riddler, where he claims Cobblepot ain’t gay for Nygma, you guys! He’s just emotionally-vulnerable~ That “had been anyone else that had been there in that same capacity that he had that connection with, regardless if they were male or female, he would’ve had that same obsession with.” Sure, Jan. He also used the chance to verbally smackdown those whiny fans who were crying over canon. Here’s a part, but check the whole thing ’cause it’s glorious:

I also want to address the people who say, ‘I have no problem with him being gay or queer or anything; I just have a problem with you guys changing or altering the canon. And I have to say, that’s a bunch of horsesh-t. You can’t say that to me if you didn’t have the same amount of consternation about Batman ’89, where The Joker killed Batman’s parents.