And the day started creepy, with a new Prometheus TV spot that shows lots of gruesome and spoilery imagery… I want this movie in my life.

In more creepy news, more pictures of half-naked Tom Cruise for W Magazine. He sure is working hard promoting Rock of Ages… they even show his singing for the soundtrack!

And here’s where the famous “You Should be Studying” picture of The Avenger guys comes. It includes a written interview of the boys and a video interview of Mark Ruffalo. You don’t know what am I talking about? You must lurk the internet more. Whatever, they totally look like a 90s boy band.

Talking about internet lurking, you should also be aware of this picture: 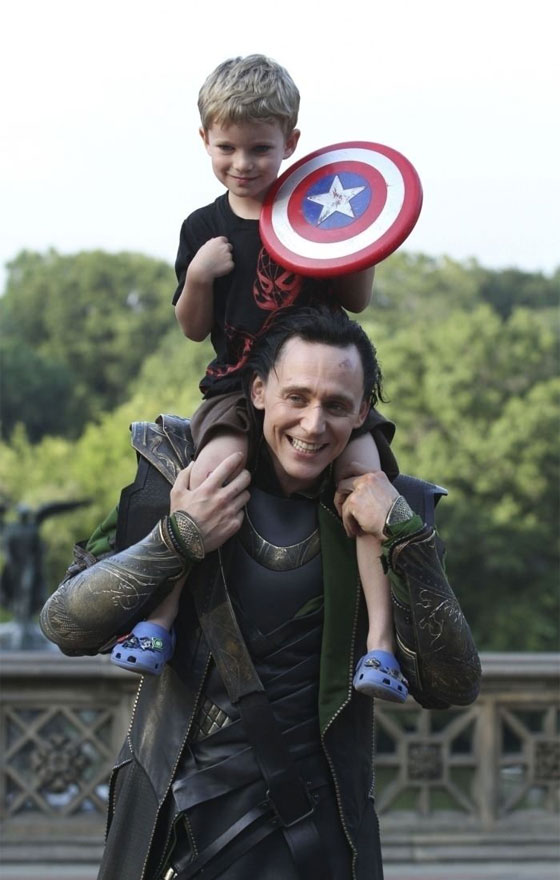 Wanna know the story behind that? I promise it’s very cute!

Another Tom Hiddleston interview get uploaded to YouTube. Watch T. Hiddy realize Will Smith liked his version of Miami and sing it again; and then he imitates Alan Rickman in Robin Hood. It was glorious… except for the part where the interviews get a tad inappropiate. Tom manages like the gentleman he is though.

And then a wild Cumberbatch shows up on Dancing with the Stars… No, he’s not dancing. He’s just there, for some reason. He keeps mum on the whole KHAAAAAAAAAN business.

The final British man I stalked was David Tennant… although he being Scottish, maybe he doesn’t want to be called British? Whatever… here’s a new ad Tennant did for Virgin Media. He so hates buffering!