The morning was very Avenger-y but not quite, what with an awesome animation called “Disassembled”, about Marvel heroes done by a Dutch artist; and an interesting article written by Scarlett Johansson about weight issues.

Then suddenly, lo and behold, news on Robert Rodriguez’s long awaited projects: the first promo posters for Sin City: A Dame to Kill for and Machete Kills. And while I have nothing against Danny Trejo, the first one that interests me more. Here’s to hoping this teaser poster works as motivation for Rodriguez’s team to keep moving forward. I’m glad. I admit, I was kinda losing faith Sin City 2 would ever get done.

And hey, my favorite actor’s most recent project finally has a release date! Tom Hiddleston’s Henry IV Part 1, Henry IV Part 2 and Henry V will see the light on July 7th on BBC2 and then on for two more saturdays. And here’s a new promo picture!

Not only that, but another much anticipated movie released its first clip. Oh yes, Prometheus has landed!

But the day will finish slightly sexy, with shots of Benedict Cumberbatch looking fine and manly frolicking on an LA beach. 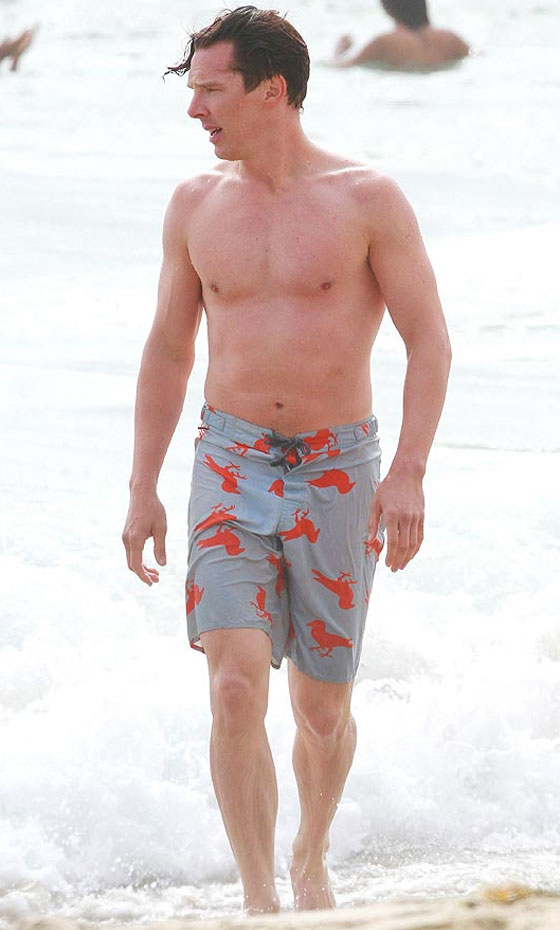 Well… he did say he wanted to have a Daniel Craig moment!

Has he shaved the few chest hairs he had? He also got so much bigger and those old shorts don’t fit anymore! How do I know those shorts are old? Here’s a video that is two years old, at least, where he wears the same shorts. Yeah, my stalking level is that high. Don’t judge me!