The Fangirly Diary of a Geek Girl: #HarryPotter20

Here’s the full trailer of Star Wars: Forces of Destiny, the animated series that will “explore the untold stories” of Star Wars heroines. The show will airs on Disney Youtube starting July 3 and will go up each day at 10 AM PT, before moving onto broadcast on Disney Channel on July 9… and we are also getting books, apparel and toys including new “Adventure Figures” from Hasbro. I am buying some of those to my niece and she will like it.

OMG! Isaac Asimov’s Foundation sci-fi book trilogy heads for TV! Which is amazing because a movie couldn’t have made it justice. Skydance has hired Josh Friedman and… David Goyer. Dammit. I mean, dude has done decent work, but sometimes… not. I still have hope tho! As Empire notes, the problems with doing this adaptation is as follows:

The big problems with making Foundation work on screen are manifold, but mostly because of its huge nature (it has been compared to Game Of Thrones in terms of scale), the lack of any sort of protagonist or standard narrative structure, and the fact that so much of it has been mined by movies and TV series that came after (hello, Star Wars), so it’ll be tough to avoid looking like you’re ripping them off.

Here’s a new Netflix’s Death Note poster, and it regaled us with our first sorta decent look of Willem Dafoe’s Ryuk The Shinigami: 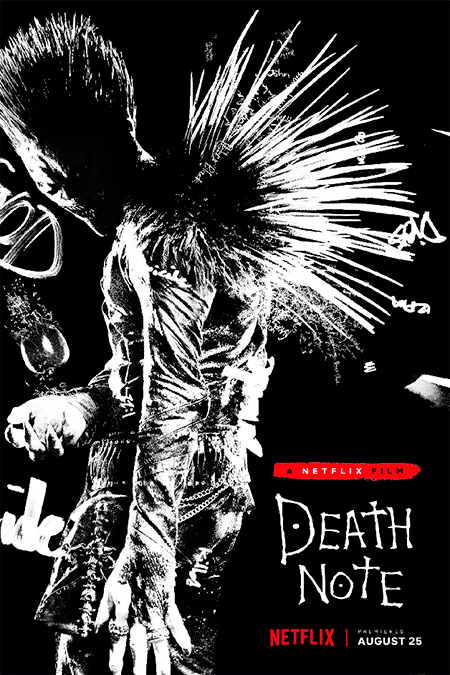 Seems Kevin Feige ain’t bothered with Wonder Woman‘s popularity and box office success. In fact, he’s quite happy, since he firmly believes that it can only be good for Captain Marvel.

There were, you know, 15 years ago, a bunch of bad ones. Did they fail because they were female lead movies? No. They failed because they were not good movies. I don’t have to say that anymore. Thanks to Wonder Woman. Because it just blows that fallacy out of the water.

You may not watch Spider-Man’s origin story in Spider-Man: Homecoming, but the new TV series Marvel’s Spider-Man has you covered! Before the show’s official premiere, Disney XD is going to release six animated shorts ahead of time. Those will launch one per day on Disney XD and Disney XD’s YouTube channel from July 24 to July 29, but EW had the first short as an exclusive premiere… and it’s a retelling of Spider-Man’s origin. The experimental spider biting him part. The Uncle Ben speech and later death might appear later? Is it too dark for a humorous TV show for kids? It IS an important part of why Spider-Man is Spider-Man tho!

Netflix’s Castlevania voice cast has been revealed… and we have The Hobbit alumni! Graham McTavish (a.k.a. Dwalin) will voice the main antagonist Dracula and Richard Armitage (a.k.a. Thorin) will voice the main protagonist Trevor Belmont. The Castlevania series will arrive on Netflix on July 7. Here’s the producer Adi Shankar and Graham McTavish revealing the full voice cast for the show: