After yesterday’s excitement about Avengers: Age of Ultron trailer leak and official release, the whole geeky side of the internet took the time to pick apart the whole thing and speculate a lot. Because that’s what we love to do, overthink everything. Yay! So here’s the twitter buzz, the speculation of who’s the lady behind Thor who is obviously not Jane? (It’s Kim Soo-hyun billed as Claudia Kim, whoever that is), a trailer breakdown, Empire’s trailer reaction (that includes the differences between this trailer and the one shown at Comic-Con), and of course the screencaps!

Also, here’s what James Spader had to say about his character, Ultron!

There’s a humorous aspect to him, which is something that drew me in from the very first conversation I had with Joss [Whedon]. In many ways he’s a child, this character, because he’s a brand new being who’s just come to be. And yet, through artificial intelligence, he has an incredible capacity for knowledge. So he’s a very powerful, smart child.

After the great way Marvel took the leak, and the great public response, DC decided this won’t do! Rumor has it that Batman v Superman: Dawn of Justice is ready to go, and will be attached to a film soon in November or December. So, probably The Hobbit: The Battle of the Five Armies? Oh yeah, this trailer is also full of Batman~

On different news, OMG Fox is developing a live-action Archie TV show! While I was never that much into Archie, I did like their parallel universe comics. And besides, this live-action will have Jossie & the Pussycats so I will give it a try.

Peter Jackson talked with Entertainment Weekly about all the logistics involved in the titular battle of The Hobbit: The Battle of the Five Armies! I mean, we have members of many races with their particular weapons and battle tactics, not to mention the Eagles~ Yes, with capital “E”. Because those majestic creatures are not Middle Earth’s public transport and only appear when they damn well please (or as a personal favour to Gandalf who is their BFF). Also, despite all the battle, Peter knows what we want!

We have a rule that we’re not allowed to go more than two or three shots of anonymous people fighting without cutting back to our principal characters,” he says. “Otherwise the audience just ends up with battle fatigue.

Also, lots of new images of said movie had leaked from the Visual Companion and Official Movie Guide! Sadly, Warner asked everyone to take them down. But hey, there are some descriptions there so you can… use your imagination? At least have a picture of Thorin’s nephews looking pretty and majestic! 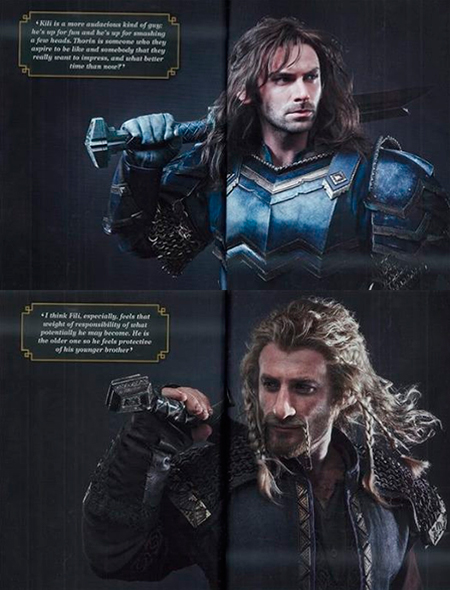 Remember in the DC/Warner schedule for their movies until 2020 we have Wonder Woman in 2017 (yay!), well seems they are looking for female directors for the movie (double yay!). The main contenders according to Forbes are Kathryn Bigelow (Zero Dark Thirty, yay!), Catherine Hardwicke (Twilight, nope!), Mimi Leder (Deep Impact, eh maybe~) and Michelle MacLaren (Game of Thrones, ok sure~).

So, the teaser trailer of Avengers: Age of Ultron? It was so damn popular it broke the studio records! 34 million views in just 24 hours! Beating previous holder of record Iron Man 3 for almost 20 million views! As a thank you (and I guess in order to not screw up the poor show and their exclusive), they will have a new teaser ready for next week episode of Agents of S.H.I.E.L.D. and another one for November 4th!

Yes! After all the new old events for Summer 2015, Marvel finally has a totally new one called “Attilan Rising” where apparently the Inhuman kick the Avengers’ ass! 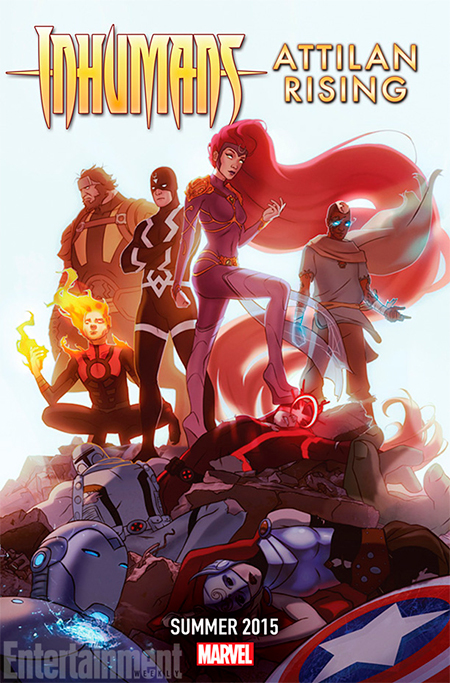 On final news, J.K. Rowling will release a new story for Halloween on pottermore.com! The protagonist will be the character everyone loves to hate, Dolores Umbridge! This new story will have 1,700 words, and will chronicle the “back story about Umbridge’s life filled with many new details, as well as Rowling’s revealing first-person thoughts and reflections about the character”. 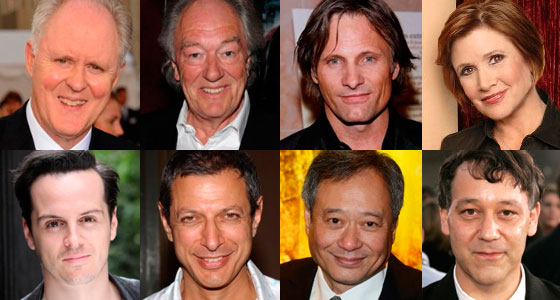