Greetings, my fellow geeks! There has been many interesting news this week… and everything pales in comparison of Avenger: Age of Ultron trailer leak (and following official release). But that doesn’t mean I won’t comment of other geeky happenings. Here’s how the week started:

Time to start with the usual Doctor Who promo! This time of “In the Forest of the Night”. BTW, “Flatline” was so effing great! And did Peter Capaldi had two different haircuts through the episode? LOL Anyway, this week is all about Red Ridding House it seems~

So, remember all the DC movie we will get in the coming years? Some were wondering why Sandman is not on that list. But fret not, the reason is pretty simple! Sandman ain’t a DC movies, guys, It’s a Vertigo one~ Here’s exactly what Sandman creator Neil Gaiman said about it:

[Sandman‘s] not a DC Comics film. It’s a Vertigo film. That’s a different slate of films, and a different announcement.

A slate of films? As in more than one? Wow! More than that I am more interested that the promised Guillermo del Toro’s Justice League Dark is not on the list. Then again the rooster of that superhero team has both DC and Vertigo characters! Besides, I know Guillermo is hella busy, but there were plans until 2020! I’m almost certain Guillermo could had had some free time by then. So hoping the movie is part of the “slate of films”.

Wow, Guardians of the Galaxy has become Marvel Studios’ third highest grossing! Only behind The Avengers and Iron Man 3! Yep, China has been good to the movie!

Here’s a promo art, seemingly from Hot Toys, that show a size chart of all the main players in Avengers: Age of Ultron. Including, the Hulkbuster, Vision and Ultron. But those are painted yellow because spoilers. Yep, all of these make me feel quite small. Even Black Widow is taller than me,, which sucks because I know for a fact that I am as tall as Scarlett Johansson! Also, the hell, Thor and Captain America are not the same size! 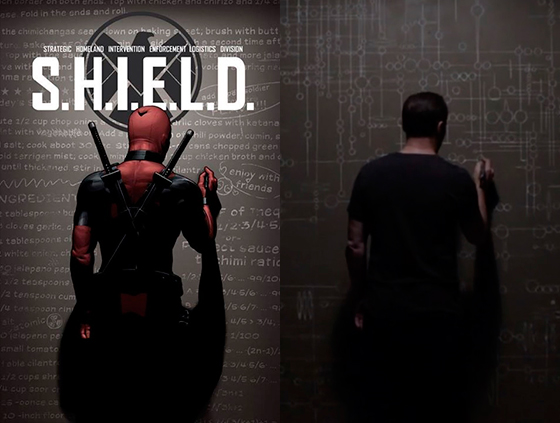 On more Marvel comics news, here’s the new “old is new” event for Summer 2015: “House of M”. That’s the one where Scarlet Witch creates a reality where Magneto is the rule of mutants who are the dominant species, and then she goes “No More Mutants” at the climax of the story. So yeah, in this image we have the supposedly dead Wolverine with an assorted of X-Men and Avengers surrounding a proud-looking Magneto. 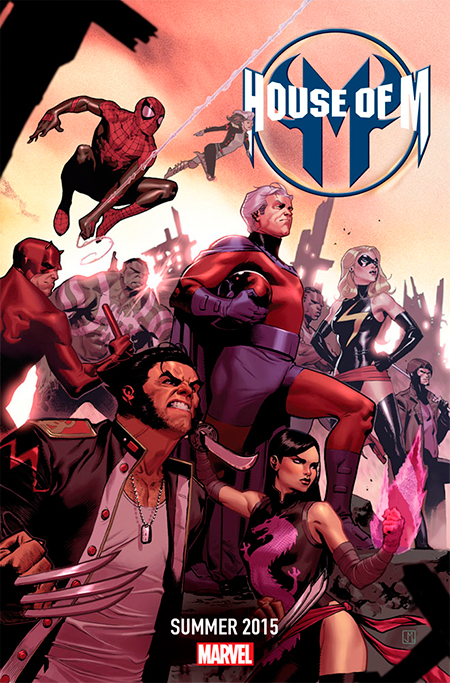 On the DC side of things, Jason Momoa is very pleased to be Aquaman now that he can finally talk about it~ His first words about where in Walker Stalker Con in Atlanta. He calls Zack Snyder a genius and that as a Polynesian, it’s very special because their gods are tied to water.

The greatest thing for me is that Polynesians, our gods, Kahoali, Maui, all these water gods, so it’s really cool and an honor to be playing a [water] character. And there’s not too many brown superheroes, so I’m really looking forward to representing the Polynesians, the natives. It’s cool be a part of DC’s universe. I’m really excited to be with Warner Bros., and hopefully everyone likes it. And Zack Snyder’s a genius, so I’m really excited to be hanging out with him.

Talking about Polynesians, Disney has confirmed the release date of Moana, the Polynesian Disney Princess: Polynesian Princess! The guys in charge are Ron Clements and John Musker of Aladdin, The Little Mermaid, and The Princess and the Frog fame~

On awesome creepy news, Junji Ito (author of spooktacular Tomie and Uzumaki) will team up with Pokemon for “Kowapoke”, an event on Pokemon’s website that will include illustrations featuring various Ghost-type Pokemon that can be downloaded as wallpapers for your phone and tablet. 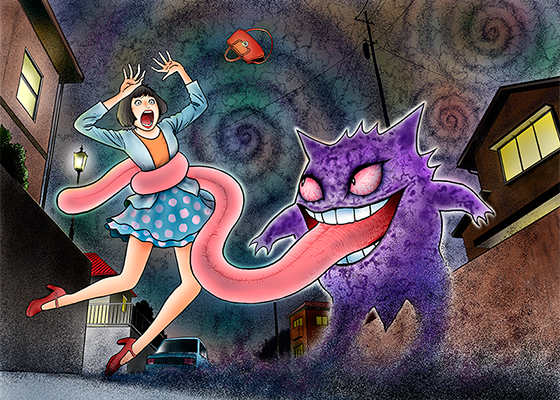