Let’s start with the new Marvel event for Summer 2015. Now we have “Infinity Gauntlet”, which references the 1991 miniseries where Thanos gets all six Infinity Gems and wipes out half of life in the universe in order to court Death (literally, Death in an actual entity in the Marvel Universe). In this teaser, we see Thanos with just two of the Infinity Gems on the Gauntlet, and Star-Lord and the Nova Corps are somehow involved. 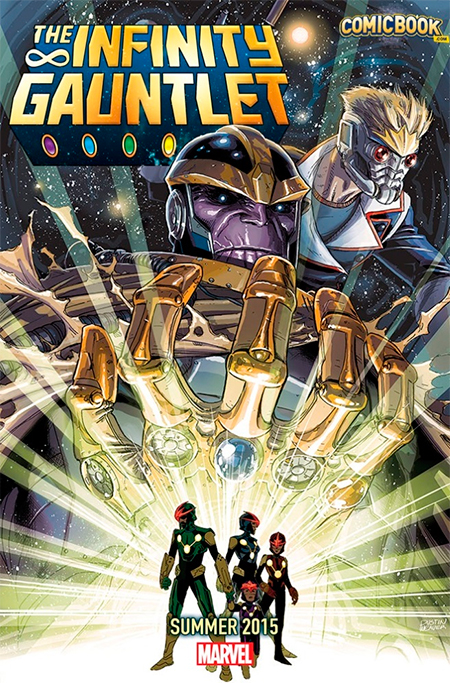 It’s not even ready yet but Avengers: Age of Ultron is already breaking records! The VFX shot count record, according to Marvel’s executive VP of visual effects, Victoria Alonso~

While Captain America: The Winter Soldier had 2,500 VFX shots and Guardians of the Galaxy had 2,750, Avengers, Age of Ultron is expected to top a whopping 3,000 VFX shots! That’s a hell of a lot of Hulk Smashes!

Charlie Cox talks about his character Daredevil, and his possible addiction to fighting crime… at least in the Marvel/Netflix series~

The concept that he can’t stop. He’s going out and he’s taking the law into his own hands, and he doesn’t know if he can stop. He might be addicted to it.

Talking about superhero series, guess The Flash numbers were so favorable that CW decided to give it a full season order. That is 23 episodes instead of just the original 13.

It seems we might get a Static Shock live-action project. Considering it could be the first not white guy superhero to get its own show/film, that would be interesting! According to The Hollywood Reporter, the series would be based on the comics written in 1993. The story is about teenager Virgil Hawkins, who gained electromagnetic powers after an event called the Big Bang.

Benedict Cumberbatch’s waxwork was finally unveiled at Madame Tussauds! And I must say it’s actually pretty good! Our Posh Alien Prince seems quite happy with it:

What a weird and wonderful compliment to be included in the ranks of talent already committed to wax. I’ve been accused of being wooden in my work, but never waxy!

Here are the EW covers of Into The Woods and, damn, will I ever see Johnny Deep without weird make-up/costumes again? But I did Meryl Streep’s hair and Emily Blunt’s dress~ 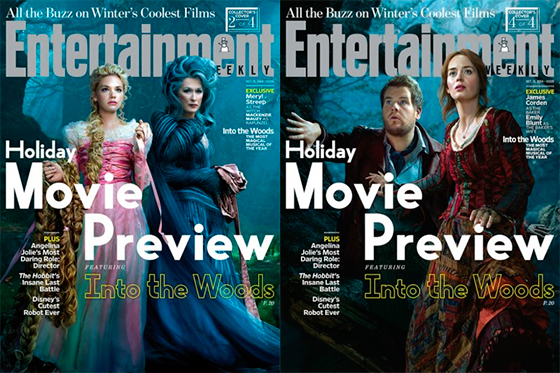 Did you know that New Line loves James Wan so much they rather move The Conjuring 2 to an unspecified date in 2016 just so he gets to direct it? Well, I guess the lawsuit problems are also part of the delay, but still! Yay, James Wan!

After some wondering about Adrianne Palicki’s Mockingbirg look, Marvel released a first official image in her “tactical suit”. Also, some comments about the changes from comicbook looks to the final Agents of S.H.I.E.L.D. one.

It’s important to me to keep certain elements, but we had to change it, obviously, for practicality, because it had to fit into our world. It had to have a kind of tactical feeling to it too so that it made sense in our universe. 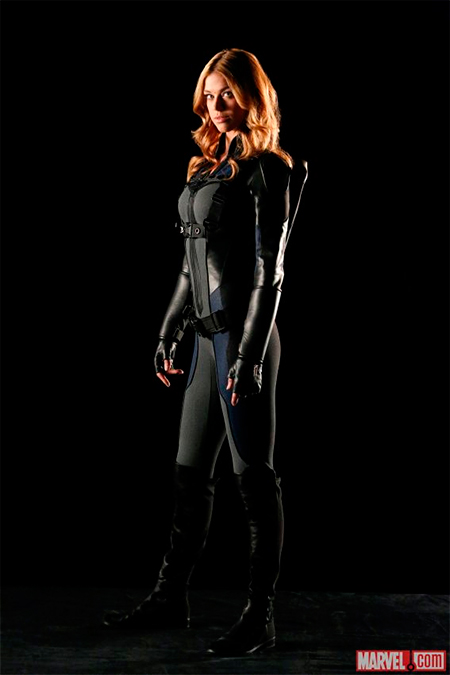 And then, the biggest news of the day! Just a day after it’s existence was confirmed and less than a week earlier than their supposed launch (during next Agents of S.H.I.E.L.D. episode), the Avengers: Age of Ultron teaser trailer was leaked! So, here’s a good recap of what was seen… except it doesn’t mention the Pinocchio song or the Ballerinas, which is a terrible oversight in my opinion.