The Fangirly Diary of a Geek Girl: Godfather of the Dead

Greetings, fellow fangirls and fanboys! This week, between D23 and SDCC, we lost two men that marked our younger years in film and music. Also, The Doctor is now a woman and some people whined about it. Here’s how the week started:

Habemus character posters for Star Wars: The Last Jedi! Yep, Leia, Luke, Rey, Finn, Poe and Kylo Ren are serving both Little Red Ridding Hood / Matrix Reloaded character posters realness. And to give us even more feels, we have a lovely behind-the-scenes reel at D23, where all the new creatures look cute… specially those porgs. I want one dammit!

D23 also gave us some news on Pixar, including the director for Toy Story 4: Josh Cooley writer of Inside Out. There was also a glimpse of the next film to be set in the Cars/Planes universe (ugh): Space (working title)… and we have some spacecraft. There was also a first glimpse at The Incredibles II, with Jack Jack and his superpowered shenanigans, while his dad is oblivious. John Lasseter also announced an as-yet-untitled new project to be directed by Monsters University’s Dan Scanlon:

Set in a suburban fantasy world populated by elves, trolls and sprites, where unicorns trawl through garbage cans like candy-striped possums, it offers the premise that magic was real but has long since been forgotten and replaced by modern technology. The story follows two teenage brothers whose father died when they were too young to remember and they set out into this fantasy world to spend one last magical day with him.

Despite some drama about not finding anyone to play the leads in the Aladdin live-action film, the cast was revealed at D23… and I can’t say I am very happy about it. But eh, it could work. Mena Massoud is the titular character, Power Rangers‘ Naomi Scott is Jasmine. And Will Smith is confirmed as the Genie.

And hey, check out the opening sequence of Big Hero 6: The Series!

And then there was the first footage from Avengers: Infinity War happened, and while most of us didn’t see it, just the description was enough to make all the fans excited! OMG, just read!

In box office news, Spider-Man: Homecoming failed to keep first place in USA due to Caesar and War For The Planet Of The Apes! While that’s not what Sony wanted, don’t feel to bad about Spidey. Its current domestic gross is $208.3 million. Yep, just after two weekends, Spider-Man: Homecoming has already made more than what The Amazing Spider-Man 2 did in its entire US theatrical run. 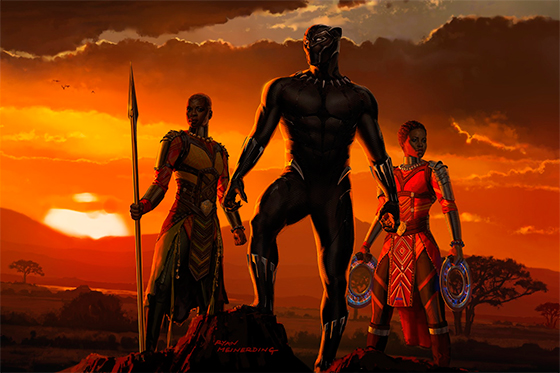 Also in D23, Thanos’ squad was revealed. Yep, the Black Order was shown in the exhibition floor. In this picture you see Corvus Glaive, Proxima Midnight, Thanos, Ebony Maw and Black Dwarf. You can see individual pictures here. 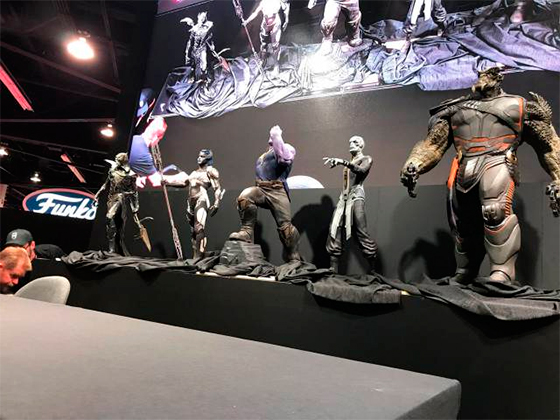 The Thirteenth Doctor has been announced! It’s Jodie Whittaker. She’s best known for Broadchurch, Black Mirror and Attack The Block. And yes, she’s a lady. While there are always mixed reaction every time a new Doctor comes, the reactions this time are because The Doctor is now a woman. But hey, previous Doctor Who cast (Peter Capaldi, Pearl Mackie, Jenna Coleman, Karen Gillan, Arthur Darvill, Freema Agyeman, John Barrowman, Billie Piper, Mark Gatiss, Chris Chibnall and Colin Baker, among others) and other Brit stars (Riz Ahmed and John Boyega) support her, so yay! 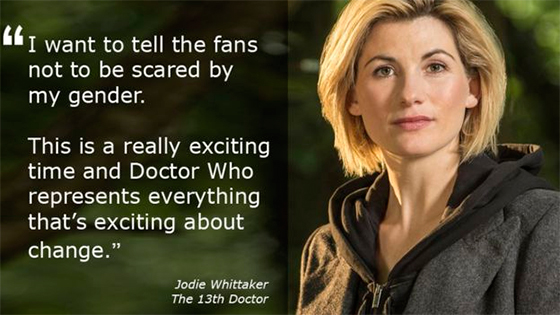 And then George Romero died. It came as a shock. I didn’t know he was sick, and I felt bad because I hadn’t checked news about him besides his not being fine with The Walking Dead and writing the zombie comicbook Empire of the Dead for Marvel. The zombie genre is one of my favourite horror genres because usually it has a context of social commentary and it’s all thanks to this man. But he didn’t make just zombie movies. He also did the iconic Creepshow, and also The Crazies. You can check a retrospective on his life and work here. 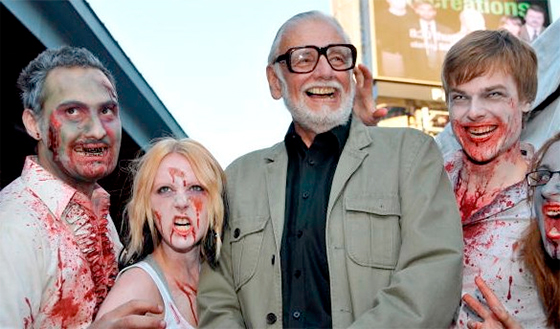