The Fangirly Diary of a Geek Girl: Discover The Women

I really wish people stop asking female celebrities questions on feminism because they usually end up putting their foot in their mouth, and I end up seething. But hey, when talking about Wonder Woman, the topic is going to be touched at some point. And Gal Gadot had nothing but great thing to say, starting with, “Wonder Woman is a feminist, of course”~

I think people have a misconception about what feminism is. People think hairy armpits and women who burn bras and hate men. That’s not it. For me, feminism is all about equality and freedom and [women] choosing what we want to do. If it’s salaries, then we get paid equal to men. It’s not men vs. women or women vs. men.

Netflix won’t stop this week! Remember Jim Henson’s The Dark Crystal? We are getting a 10-episode prequel series! Netflix has ordered Dark Crystal: Age of Resistance, which takes place years before the movie, and will begin production in The UK this fall.

When three Gelfling discover the horrifying secret behind the Skeksis’ power, they set out on an epic journey to ignite the fires of rebellion and save their world.

Continuing with the trailers of superhero TV series, this time is DC’s turn with Black Lighting! Which we will get to see on The CW this fall! This series is more on the drama side of business apparently, and unlike the young metahumans of Marvel’s The Gifted shown in the trailer early this week, the hero of Black Lighting is mature and in fact was retired and a family, when he decides to return because “crime and corruption [were] spreading like wildfire”.

And on weird news this week, Supernatural will have an animated episode which will crossover with the world of Scooby-Doo. Yep. Both stars Jensen Ackles and Jared Padalecki made the curious announcement at The CW’s annual Upfront presentation. They didn’t say much but they did confirm that the “colorful” episode will take place in the “fully animated world of Scooby-Doo”. Here’s a picture from the presentation: 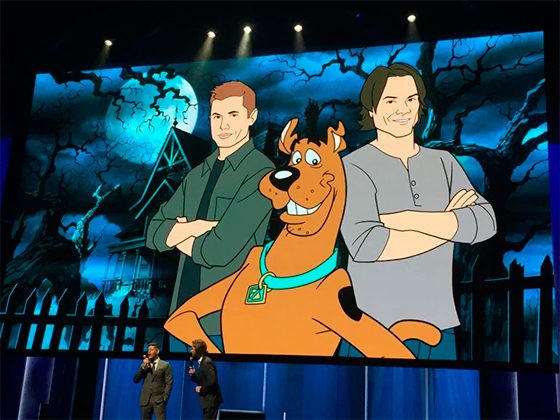 OMG! It was announced on Sony’s twitter that Tom Hardy will play Venom! Ruben Fleischer (of Zombieland fame) will direct. Sony wants you to know this Venom will be part of their Marvel Universe and is totally not a spinoff of the MCU. Well, I expect so, since Tom Holland’s Spider-Man is a highschooler and Tom Hardy’s Eddie Brock/Venom ain’t a kid and they started as workmates and about the same age~

Man, Lin-Manuel Miranda ain’t low on jobs lately, and now he will also voice Gizmoduck in DuckTales. The character is described as “a Duckburg hero whose true identity is Fenton Crackshell-Cabrera, a brilliant young intern working for Scrooge McDuck’s personal mad scientist, Gyro Gearloose”. And yeah, basically. Executive producer Matt Youngberg had this to say about Lin’s casting:

Lin came to mind instantly for the role of Gizmoduck. His rapid-fire earnestness paired with his wide-eyed yet determined optimism made him the perfect person to yell ‘BLATHERING BLATHERSKITE!’ 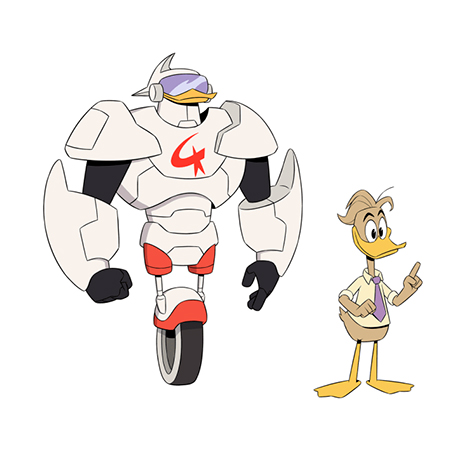 There’s a tiny chance that Karl Urban could be back as Judge Dredd! I mean, not in a sequel to the beloved (and unfairly unwatched) Dredd, but in the TV series Judge Dredd: Mega-City One. Producer Brian Jenkins said dude was in consideration, but in the end will depend if Karl Urban’s “very busy, a full-time professional actor” schedule allowed it. Just remember kids, there can be miracled when you believe~

We’re going to have some long and complicated conversations I would imagine, and we’ll see where we go. It’s too early to tell yet, but if we can use him and he’s available to us, then I think that would be absolutely brilliant.

The review embargo for Wonder Woman is still up, and I do wonder why (pun not intended), considering the first reaction are very positive and make want to watch the film right now. Then again, they usually are unless your movie really really sucks. Still, these are very enthusiastic and I’m glad, since this was DC’s last chance to won me over. Not that they care.

And that’s it for the week. Before I go, I want to wish Happy Birthday to Stephen Colbert, Iwan Rheon, Cate Blanchett, George Lucas, Thomas Brodie-Sangster, Yun-Fat Chow, Tina Fey and Peter Mayhew. 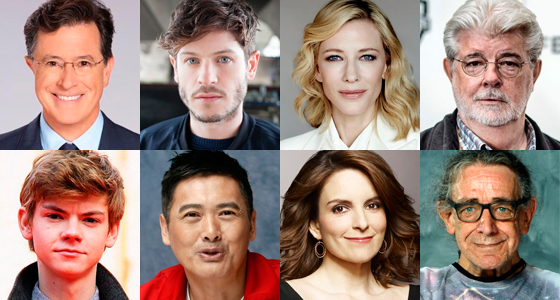