Empire also shared their newsstand covers for Star Wars: The Last Jedi. Yep, you can go to the Light with Rey, or to the Dark with Kylo Ren. Each also include their respective Star Wars art card!

Ahead of the Avengers: Infinity War trailer, Marvel and Disney shared a poster! Not a very creative one, mind you, but hey it’s just a teaser… and the Avengers logo is glowing I guess! 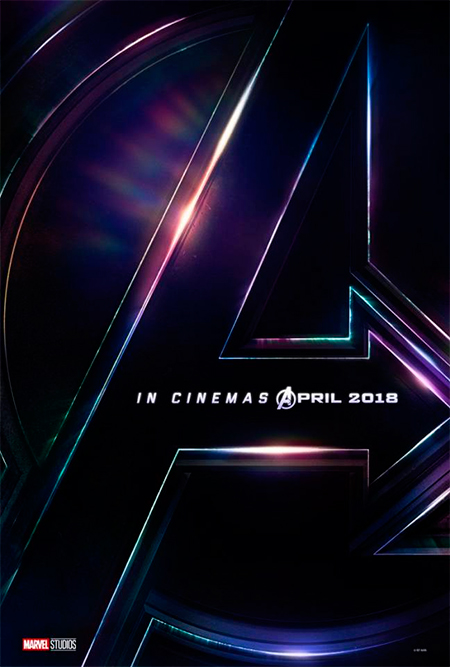 The first trailer for Marvel Studios’ Avengers: Infinity War landed in the morning, and with it a new synopsis! Also, some behind-the-scenes pictures of Vanity Fair’s photoshoot.

An unprecedented cinematic journey ten years in the making and spanning the entire Marvel Cinematic Universe, Marvel Studios’ Avengers: Infinity War brings to the screen the ultimate, deadliest showdown of all time. The Avengers and their Super Hero allies must be willing to sacrifice all in an attempt to defeat the powerful Thanos before his blitz of devastation and ruin puts an end to the universe.

Daisy Ridley, Adam Driver and Mark Hamill grace the cover of Rolling Stone for their Star Wars: The Last Jedi special, where Driver doesn’t know what “emo” means and goes on about moral relativism in an interesting rant on Kylo Ren’s villainy~ 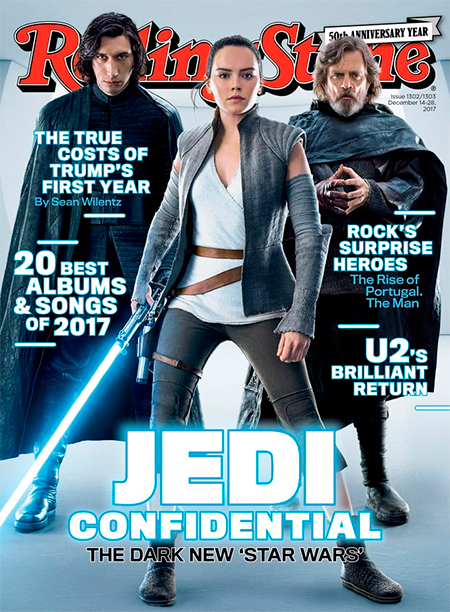 It’s not like people weren’t living on the Death Star. Isn’t that also an act of terrorism against the hundreds of thousands of people who died there? Did they not have families? I see how people can point to examples that make themselves feel they’re right. And when you feel in your bones that you’re supported by a higher power on top of that, and you’re morally right, there’s no limit to what you’ll do to make sure that you win. Both sides feel this way.

Along with an international poster where everyone keeps wearing red, the last piece of Star Wars news, come courtesy of Empire Magazine with a new picture of Supreme Leader Snoke, and some comments about him, via Andy Serkis~ 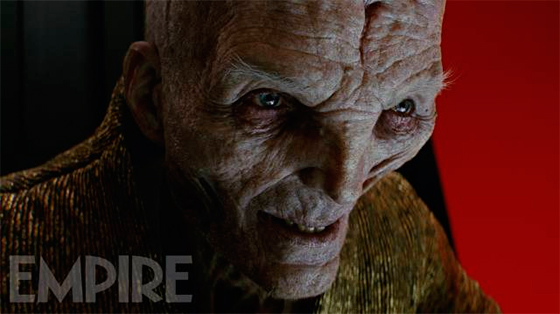 Snoke is bloody dark; way darker than Palpatine. He’s riddled with this osteoporosis so his body’s twisted, like a corkscrew. He’s incredibly damaged, so there’s a bizarre vulnerability about him. Beneath that vulnerability, though, is this intense hatred.

Denis Villeneuve, director of Blade Runner, said he has no interest in directing superhero movies because “to do those movies you need to love those characters and I’m a stranger”. He would be interested in directing a Star Wars movie tho, as long as it wasn’t part of the main saga… which is great because they are making a whole new trilogy separate from the Skywalker family drama!