Heart2Heart, Kpop and Language in Music

The latest Vlog from Lindsay, who really should be blogging here more often, gives us her reaction for the latest American boyband, Heart2Heart. The group borrows a lot from Kpop with their single Facebook Official [MV], and was met with… well, much discord from Kpop fans, which bordered on Gagaism crazy [1] — perhaps Kpopism? 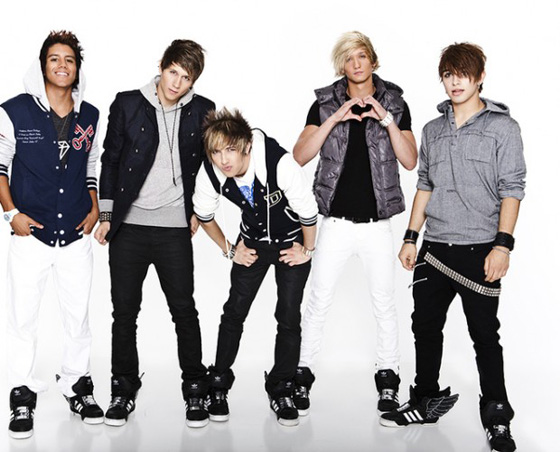 Lance Bass from NSYNC is promoting them — I did not know that and I completely missed his cameo on the video.

Back in my teens, I was obsessed with boybands. Like… you’d be ashamed of me. I take my shame with grace now. I’m not afraid of being looked down for my shames, so when you think I’m listening to Jonsi’s Go, I’m probably just listening to the BackStreet Boys or NSYNC… or maybe even Westlife, or maybe even 5ive. Ha!

I am also obsessed with language, and I have blogged about lyrics, languages and music, What Are Good Lyrics?, before in my now, almost defunct blog, in which I begin:

Ah… English, such a direct language. I often have discussions with people about the nuances of the different languages. Friends tell me that French and Italian are great for flirting, and my mom keeps telling me that different dialects in Chinese have so many words to describe food flavors, impossible to describe in Spanish or English.

However, what about songs?

At first shock view, Heart2Heart is Kpop influenced — which, in itself, seems like an amazing oxymoron, considering so many people say Kpop is too influenced by American music. If we turn down the volume, and just watch the video we can focus on the qualities of it. The production value of it doesn’t look that cheap compared to other pop music videos from even more famous artists, and even though the dancing is a little bit simple and the group isn’t militarily precise as some Kpop groups are, well… they don’t suck at dancing.

Also, the guys have makeup, which takes me back to something that Lindsay mentioned back when JYJ made that horrible Ayy Girl [MV]. It went something along the lines of elements that worked in the Korean music industry that just don’t work for the American market. The fact that Heart2Heart sings in English makes it not a song specific for the Korean market and hence elements, like the makeup, don’t work.

On why Kpop should remain in Korean or it won’t be really Kpop are things for another discussion which will take forever, so we won’t be touching upon it.

Though the obvious tags that were on the music video makes it seem like they were targeting Kpop fans, or at least Kpop Western fans and maybe teenage girls who have no idea what Kpop is, they forgot that Kpop fans in the west do understand English.

I have a rule: never look for lyric translations. 99% of the time, it’s just never going to work the way you expect. It recently happened with a song I translated for Chinese class. I’m not completely disappointed because I do understand the difficulty of writing lyrics in Asian and Arabic languages, but yeah — I was a little down. What do I do with English? I’ve learned to block it out when listening to music.

I also rarely listen to music in Spanish.

So, as much as I would like to blame this on the beat and the awkward dancing, let’s be honest — people can’t swallow this down because they can’t block the fact that the song is called Facebook Official, and that they can actually understand the lyrics at face value. Have we forgotten that SNSD is famous for songs such as Gee [MV] — which I even admit is terribly catchy, Oh! [MV] and Hoot [MV]?

Do they need improvement? Yes. There’s always room for improvement, but such opinions should be given in a civil manner. I think Lance should get in touch with Lindsay Penn from LinzerDinzerTV — zing! cherry! — or you know, YAM. I mean, I’m getting a little giddy just knowing Lance Bass is aware of Kpop.