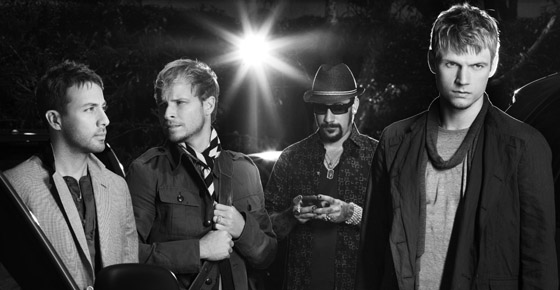 I was never a huge fan of BSB, but there is no doubt that their music inflicted much of my childhood and early teenage years. Although I refused to be recognized as a BSB fan, I was easily up on my feet when they started to sing many of their old well-known songs.

The crowd consisted of many mid-twenties and early thirty women. All there to see these men that were a big part of their younger years. Even though BSB refuses to call themselves men – there was a t-shirt that said “we are not backstreet men, we are backstreet boys!” – they very much are. Yet, they still dance and sing with the same ardor that many of today’s younger boy-band members do.

I was left amazed at the singing quality as well as the dancing – Nick literately blew me away – they managed to deliver a show that had many screaming and dancing. It was nice to reminiscence all of those childhood memories, being thrown back to the joy that used to be those innocent days through the power of those cheesy lyrics and addictive beats. Their new songs left me unaffected though, to me BSB is very much that music from the beginning of this new century.

Funny thing is that the crowd wasn’t just only fangirls, a lot of fanboys were present. I had a very passionate one just in front of me, he sang with such joy and threw his arms up in the air. It was a pure delight to witness that.