Sequels, Revamps and Remakes – Oh, My!

Remakes of well-loved movies are rarely greeted with wild enthusiasm. There is something to be said for an updated take on a classic though; if you haven’t seen the original Assault On Precinct 13 (1976) recently, you might be shocked at how slow-paced some of the editing feels – though it’s a far better movie than the 2005 remake.

Besides the onslaught of Marvel films that will probably crush what Harry Potter did for British talent, and having every single studio looking for the next hot property on the murky steps of Twilight with YA franchises like The Hunger Games… and their try-hard with Divergent; we got every single studio dusting off their archives (and other people’s) to see what they can unearth. From The Lone Ranger to the Teenage Mutant Ninja Turtles… and maybe the Power Rangers to the Oscar-winning The Departed, to Vanilla Sky and a long string of Asian remakes and re-adaptations from The Ring, The Eye and even a bunch of Korean ones like My Sassy Girl or The Lake House. Some others have been lucky or not to have been caught in a fandom crossfire such as the on-and-off Akira. 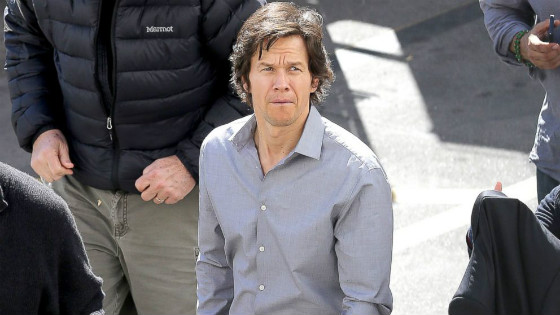 Leonardo DiCaprio was originally slated to star when the project was first announced, alongside Martin Scorsese.

Rupert ‘Rise of the Planet of the Apes‘ Wyatt’s remake of The Gambler is due for release in January next year, and already it’s been dogged by controversy largely centered around early criticism from the original screenwriter, James Toback, who based the story on his own experiences of teaching and his subsequent and disastrous forays into gambling. He recently spoke of the “rudeness and disrespect” shown by the team behind the remake [1], who failed to inform him that they were effectively taking his life story and having another crack at it.

The tagline – and it’s a great one – for the original was: “For $10,000 they break your arms. For $20,000 they break your legs. Axel Freed owes $44,000.” Jessica Lange will play Mark Wahlberg’s mother in the new version, Wahlberg taking James Caan’s lead role as Freed, following what happens after he hits what you might think would be rock bottom — borrowing his entire gambling debt from his mother — but turns out to be only the beginning. Rather than pay off the debt and make a fresh start, Freed heads straight to Las Vegas.

It’s easy to see why the 2015 version could be a money-spinner. In 1974, when the original was released, people who gambled regularly were a much lower subset of the population than they are today. The internet has brought the thrill of an occasional spin of the roulette wheel, or a few hands of video poker at sites like CasinoSagaFans.com to millions. People of all ages are now able to play anywhere they can get a connection. Consequently, the market for gambling movies is bigger than it ever was.And it’s not just the internet that has fueled the explosion of interest in gambling, there’s been an increase in direct flights to Las Vegas from cities all over the world in the last few years, and Macau has become even bigger than Vegas in terms of the amount of money changing hands [1]. 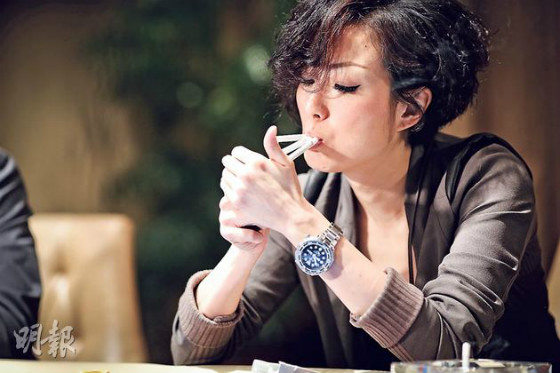 Sammi Cheng ready to gamble on a scene of Johnnie To’s Blind Detective.

Expect more Vegas-based movies, remakes or not, in the next few years!