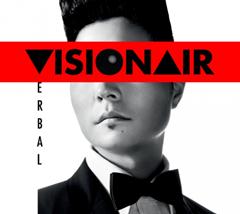 Considering I jumped around on this album like a kid on a trampoline, it’s easy for me to say that I’m highly disappointed in Verbal’s first solo album. I spent half the album feeling like I’d been swallowed by an early 90s video game and someone was ping-ponging me back and forth to the same electronic beat. Thirty seconds into I Can’t Help Myself I felt like my ears were bleeding and I skipped to the end of the song as fast as possible. The rest of the album doesn’t get much better. For being one half of a group that’s known for their great beats and versatility, Verbal sure fell short on his own.

Don’t get me wrong, I quite enjoy electronic music and all of it’s sub-genres, but it sounded like he was just trying to sound cooler than he needed to on things. Change Change with Nicki Minaj had an interesting beat, but lost me half way through. Verbal has a great voice, but in completely auto-tuned songs such as You Are, we completely lose that and are forced to listen to the 80s Mario-like hook and slow electronic beat.  He finally mixes it up with an acoustic guitar on Nothing, but sadly keeps the auto-tune on his voice, otherwise it would be a really good song.

In all, the album focuses too much on playing with the sound effects box and not enough on Verbal’s voice and rapping talent.