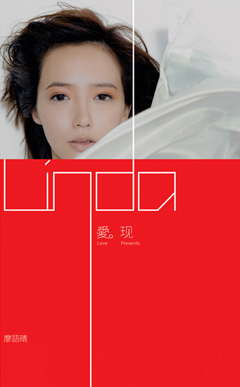 After spending seven years away from the music industry, Linda (Liao) returns from the world of acting, modeling and MTV VJing — apparently she also was crowned worldwide champion on StarCraft II at some point — with her pop album, Love Presents.

The concept of the album is simple. It’s a pop album predominantly talking about love with the word “Love” / 愛 (Ai) in three of the titles (including twice in the same title and the album name).

The album begins comfortably with the first single Love Oh Love, a simple piano introduction quickly leads the way for a beat to a catchy — but rather simplistic — chorus. Followed by True Love, a ballad with (some soft rock) guitar arrangements and a full set of orchestrated strings, it is an interesting arch that ultimately leaves us with LP, possibly the most catchy track of the whole album, featuring Malaysian singer Penny going back and forth in a bitter and kind of aggressive song about hollow and problematic relationships.

LP has a heavy pop dance base, but incorporates some electronic rock elements layered throughout the track combined with backing vocals that sound… very Chinese. It’s a really distinctive track, and the “Chinese” elements of that song give way to the intro in Crown Princess, which then gives us this weird dance pop song with rap, that doesn’t exactly sound “Chinese” but it has “exotic” elements. The song is following the pattern, but Love Presents loses steam with Love Calligraphy Grid, an uninspiring pop ballad.

The album tries to recover with Lead, another dance pop friendly, but it’s never the same. The problem with Love Presents as a Cpop album isn’t its dance pop tracks — which are pretty good — but its ballads. These are not awful, but they lack depth because Mandarin is such a complex language, one of the reason lyricists are so important in the industry.