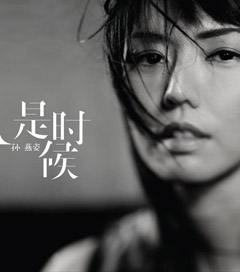 I have to admit that I underestimated Stefanie Sun’s talent. Eleven albums after her debut, she returns with the long awaited It’s Time, four years after Against the Light.

As a starter, Sun’s new album has a very solid sound with a strong base of pop music built with classical elements, arranged with strings, and sometimes pianos, which give this feeling of grandeur to the project. That, with the themes dealt with in the lyrics, give Sun’s work a maturity that comes with years of being in the business.

Songs like Telling the World the Words from My Heart, and Time Thief showcase these traits the best and makes for a wonderful, soothing experience up until Empty Words. The song is a soft pop rock with some autotuned vocals that talks about a love that has become meaningless, with a catchy chorus that sounds as if it could be a single from Avril Lavigne’s album — which is… not necessarily bad.

From this point on, the album seems to try to pull itself together again with the pop rock ballad accompanied with pianos and violins, The Memory of Tomorrow, or the ukulele-accompanied 180 Degrees, but it doesn’t really pick itself up until the most classical-influenced track, The Kingdom of Fools. With a simple melody accompanied by a piano, violins and cellos, as well as a strong lyrics set, the song talks about how you can’t really escape love, you can’t change how you’ve loved, and that you can’t ever be satisfied no matter how you love.

Overall, I doubt Stefanie Sun’s fans would be disappointed with this work, as it showcases strong musical and lyrical concepts that sound different from regular mainstream pop.