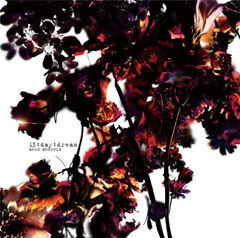 Yukihiro — drummer of the popular band l’Arc~en~Ciel — tops himself with what I believe is a masterpiece. Every song on the album is fantastic.

13:day:dream is somewhat between electronic and industrial rock with very dark and intense sequences that make it sound like a midnight feverish dream. It’s like an acid trip around a lot of different sensations. A lull in the wind and a moon tonight bring a very melancholic atmosphere just before balancing doll breaks the silence, and the hard rock guitars appear.

All the songs are quality, but there’s one that breaks your brains — violent parade. It has a very unique sound that defines the style of the band. It’s like a roller-coaster.

Yukihiro’s voice sounds better than ever, imperfect but beautiful.