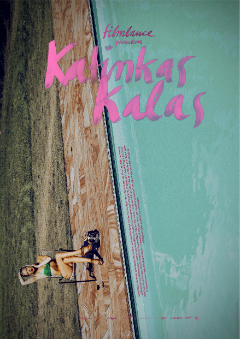 This was really a party that even the Devil didn’t want to be invited to. I think that even when I have attended bad parties, nothing has come close to how awful Katinka’s party turned out to be.

I feel so sorry for Katinka (Mountain), all she wanted was to celebrate her birthday with her “hip yet extremely intellectual” friends, serve a very fancy dinner (consisting of, among other things, auberginerolls, chicken hearts and loads of alcohol) and have meaningless yet “interesting” conversations.

However, her brother Joel (Lundqvist) suddenly appears and with him his new girlfriend Linda (Idha) who is what you would call a “bimbo,” quickly being looked down upon by the rest of the guests. What they don’t understand is that by judging Linda, they judge themselves as well.

I found myself very intrigued and amused by the characters — such a weird collection of friends. They aren’t especially friendly, a bit awkward, and seem to not care about one another. They only seem to really care about what they do, if they are cool enough, and trying to have deep, philosophical conversations that lead to nothing. They are more posers than anything. A bit sad and pathetic yet highly entertaining.

Katinkas Kalas is being promoted as one of the Must-Watch Swedish movies of the year, directed by up-and-coming director, Levan Akin, and almost completely consisting of new actors — Katinkas Kalas is a debut movie that sets a high standard. Levan Akin has managed to create a movie that in no way looks to be a first feature film. From the details, angles, lights — everything about the movie was done with utter care and love.

When it comes to the acting, Yohanna Idha was great as the bimbo Linda. She was awarded the Best Actress award at the Stockholm Film Festival for her role. Mia Mountain was lovely as the elusive Katinka — a role that was beautiful but perhaps a bit sinister? A bit hard to tell with her. She was like a perfect painting with many cracks, it was hard to tell what was what. I found myself liking Lisa Östberg (as Jossan) and Ulrika Ellemark (as Carro) very much. Carro was the one that struck me close to my heart. Being the odd one of the group, the one that feels that she doesn’t belong there, the one eager to fit in — Ellemark managed to make me feel both pity for Carro yet love her enormously.

I had the pleasure of interviewing director Levan Akin just a few days after viewing the movie. We had a great conversation about the movie and the inspiration behind it. We spoke about the class differences in the movie — between Katinka and her “intellectual crew” and the “bimbo” Linda — as well as the underlying differences between the individual characters and how they are portrayed.

Sure, Katinkas Kalas brings up many social issues that are worth discussing (which the Swedish media is doing), but at the end of the day, Katinkas Kalas is a movie about people and how they can behave. From trying to be popular, accepted, loved or hated, it deals with human emotions and behaviors that anyone can identify with. I, for one, did so while the darkness of the cinema engulfed me. I laughed because it made me realize how silly/sad I can sometimes be.

Attention Swedish YAMmies! We at YAM, thanks to Folkets Bio, are giving away 10 tickets to see Katinkas Kalas at a Swedish cinema of your choice. Check this post for more information about the contest.

Also! My interview with director Levan Akin and actresses Mia Mountain and Yohanna Idha will be up shortly. Stay tuned for that!