Juri Ueno and the Five Bags 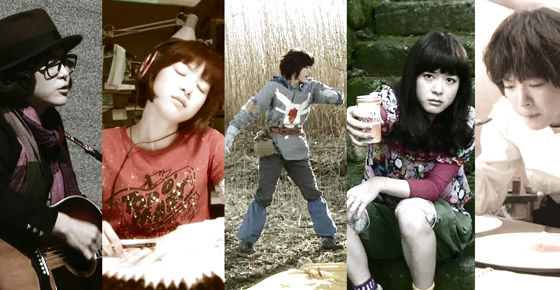 As a whole, I still don’t understand why choose “bags” as a theme. According to the introduction, people are like bags, but I don’t get it. However, for any Japanese film lover, this series is worth watching if only to watch more experimental work by some of Japan’s directors, including Michael Arias (Tekkonkinkreet), and Nobuhiro Yamashita (Linda, Linda, Linda).

The project has not very much of a commercial appeal like, let’s say Nodame Cantabile or Rookies, but at least it will attract Juri Ueno fans that will be interested in seeing her playing five different characters, including a dramatized version of herself in episode 4, On the Road, perhaps my favorite episode for the clarity in the presentation of the idea of people as bags… but that’s probably me bullshitting you.

The fact is that the other four episodes aren’t all that clear on what’s the importance of the bags. In the first episode, Guitar Case Girl, I’m not even sure if the guitar case is supposed to work as a bag holding money. But what does it mean!? Is it because things aren’t what they seem to be?

On episode 2, HOPE, she plays an animator (you even see a Tekkonkinkreet poster!) working late hours to finish a project, when suddenly she gets trapped in the elevator overnight. You get a shot of her bag filled with loads of late-night hours crap and she even empties her wallet (she has a lot of crap there too) – does it have any significance?

Episode 3, My Neighbor’s Neighbor Akira, is probably the most heavy-themed of the bunch. For a moment I thought Akira was the symbolic representation of the character because Akira happened to appear right after “news” began sinking in and is gone after the doctor’s appointment, that and the fact that you don’t really know Akira is a “she,” and she’s looking for the bag.

The last episode, Hinata Suddenly…, is the one that deals more with Japanese customs, as they present the festival of Tanabata, in which they celebrate the meeting of Orihime and Hikoboshi. Tanabata takes over in this episode, and leaves “bags” on the side, at least that’s what I felt.

Watch it online, legally and with subtitles over at ViKi.com