The Fangirly Diary of a Geek Girl: Swords, bites and detectives!

Greetings, my fellow geeks! This week we have Hiddles and sword-fighting for the stage, and we have a bunch of detectives, one typecasting and one getting a big gite, and that also includes much Sherlock news even if Sherlock is over already. That said, this is how the week started:

OMG! Pixar announces a Toy Story Christmas special, “Toy Story That Time Forgot”, which will air during the holidays this year on ABC. This is the brief synopsis we were given:

During a post-Christmas play date, the gang find themselves in uncharted territory when the coolest set of action figures ever turn out to be dangerously delusional. It’s all up to Trixie, the triceratops, if the gang hopes to return to Bonnie’s room in this ‘Toy Story That Time Forgot.’

Benedict Cumberbatch almost turned down the role of Sherlock Holmes because it was a “very iconic character, there will be a lot of attention on it.” In the end what convinced him to do it was:

I thought, If I’m going to do this, if I’m going to step into the limelight with a large leading role of iconic status, then I might as well do it with these people. They know what they’re doing and I completely trust them. I felt like I was being asked to join the family and have some fun. There was nothing businessy about it. And that’s how to operate it.

On the other hand, co-star Rupert Graves tells us why Benny dear is “perfect for this part”:

He has this very fast front-footed energy, which is perfect for this part. He always runs full pelt into a speech, and each take is always different. It does mean he occasionally stumbles, but what he does is brave; alive.

While I am ambivalent about that new look the Powerpuff Girls have for their special, here’s what director David Smith had to say about them:

When I met with Kevin [Dart, art director] and discussed the CG approach, it sounded like an interesting and creative challenge. The one thing I wanted to be strong about is keeping the backbone of the high-stylized design. [The characters] weren’t drawn with fleshy skin and hair in the first place. […] I think it would be silly of me to re-create the old. For better or for worse, I’m super proud of it. 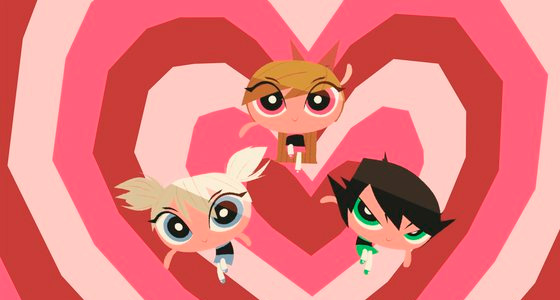 Here’s the full list of SAG Awards winners! I’m mostly happy with the choices. But the most important thing? Lupita Nyong’o thanking Steve McQueen “for taking a flashlight and shining it underneath the floorboards of this nation and reminding us what it is we stand on.” That and how her dad was super adorable when she called him to tell him he got the part:

‘Daddy, do you know who Brad Pitt is? I’m going to be in a movie with him!’And he said, ‘I don’t know him personally, but I’m glad you got a job.’

Of course, for the internet the most important topic on Twitter was Brad Pitt’s hair~ Not gonna lie, I kinda like how he looks. Not bad for a 50-year-old white man~ 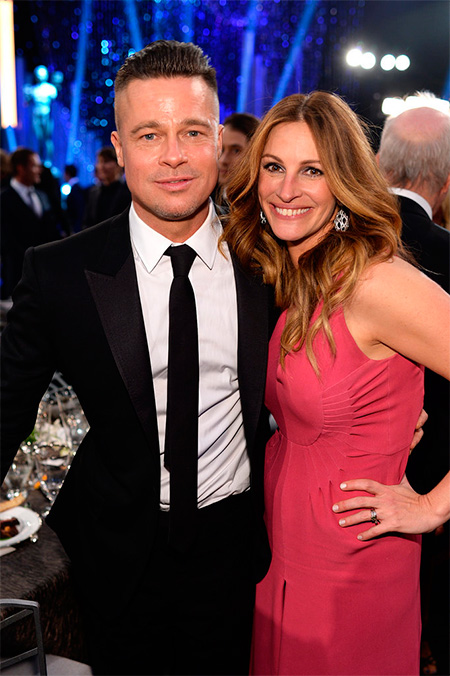 We’re working really hard and we’ve got our script and we’re in deep pre. Full steam ahead, y’know.

Talking about scripts, here’s more praise of The Avengers: Age of Ultron‘s from one of its stars. Mark Ruffalo even says that he has much to do. Or Bruce Banner does.

I would say that it’s better, it’s cooler, it’s more awesomer. It’s a little bit darker, but also really has Joss Whedon’s incredibly, witty and sly sense of humor. [Bruce Banner] gets to do such great stuff!

Here’s a nice description of Hannibal‘s panel at the Television Critics Association where we were promised more kissing, “though not always between the people who should be kissing,” according to Mads Mikkelsen! Also, Hugh Dancy said Bryan Fuller had told him that his character’s journey “would make him vomit.” Poor Will Graham!

The worst it got for him, the more I enjoyed it. This season it’s even worse, so I’ve been very happy.

Also, the guys had this message for us… and then this happened, and I died a little: