The Fangirly Diary of a Geek Girl: Stop trying to make DCEU happen

I usually don’t share movie featurettes, but I had to share this Thor: Ragnarok behind the scenes one mostly because we have Tom Hiddleston sans the Loki hair/helmet combo and looking amazing, and also Taika Waititi wearing the Loki helmet and also looking amazing! Also, there was a new poster (and trailer) for the film, courtesy of China!

Here are some colorful Justice League character posters of all the heroes… but Superman. DC/Warner really should stop keeping poor Superman apart from the other heroes. By now everybody knows he’s going to be in the movie. His logo does feature at the bottom of each print, so we are sure to get his poster soon. Or so I hope. 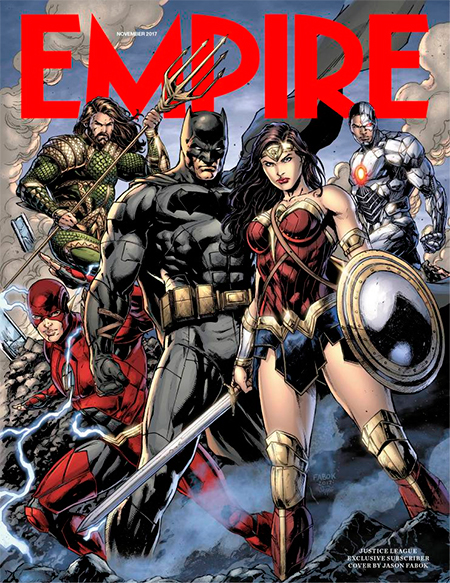 During an extensive article from Vulture about the Warner Bros. and DC’s films, Geoff Johns and Diane Nelson revealed that after Justice League, the shared universe aspect of the DC films will be minimized. So there will be continuity, so it makes sense, but no “overall story line or interconnectivity in that universe”. Mmmm, I guess Flashpoint could be useful for that. That movie could kick off many before/after solo movies. Anyway, one of the centerpieces of this new, decentralized strategy is a side label of occasional movies set entirely outside the cinematic universe. And the first one would be the solo movie about supervillain the Joker. Geoff Johns says they’ll be announcing the name of this side label “soon-ish”.

Talking about this “soon-to-be over” shared universe, did you know the universally used “DC Extended Universe” is not actually an official name, and nobody at Warner/DC uses the term. Yep, according to the author of the Vulture article aforementioned, it all started with a joke from a EW writer back in 2015. Damn, I’m both delighted and feeling dumb!

It was my own phrasing when I used it in the story. Just seemed like the kind of thing they’d call it! […] I just looked back on the piece now and noticed the (in-my-mind) sardonic little trademark symbol I gave it. Whoops.

And continuing with the theme of shared universes, Men in Black is getting a spinoff set for a 2019 release! Neither Will Smith nor Tommy Lee Jones is expected to return as Agent J and Agent K respectively, but the new film will continue to build onto the world they created and will acknowledge events from the first three installments. Matt Holloway and Art Marcum, who wrote Iron Man (yay) and Transformers: The Last Knight (boo) wrote the script. But what about that rumored Men in Black/21 Jump Street crossover with Channing Tatum & Jonah Hill? Still in some early stage of development apparently, but thus this new project will take priority.

Finally, in box office news, damn IT has now passed $500 million worldwide! And yes, it has blown away the 44-year record held by The Exorcist as that was previously the world’s highest grossing horror movie with over $441 million. That’s not adjusted for inflation tho, then again nobody does the adjusting when a new box office record is set. Obviously, Warner Bros is quite happy with the news! 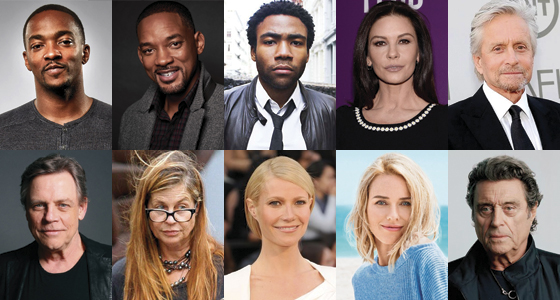