Greetings, fellow fangirls and fanboys! This week we have lots of announcements of future movies and TV series. Also, we are getting ready for both Rogue One and my favourite BBC shows. But most importantly? We finally have more info of the newest original Pixar movie! Here’s how the week started:

Moana gets no strong competition and wins second straight box office weekend. Enjoy it while Rogue One: A Star Wars Story comes! And that’s another Disney movie!

Talking about Rogue One, here’s a new clip where K-2SO’s all salty that Cassian let Jyn keep his gun:

Habemus Luke Cage season 2, confirms Marvel and Netflix. “What surprise!”, said no one ever. No exact date was given, but Luke Cage himself, Mike Colter, teased some time ago that the second season might see a team up between the titular character and Iron Fist. And you know what? I am totally game for that!

Here’s a gallery for the Doctor Who Christmas Special, “The Return of Doctor Mysterio”, airing on Christmas Day (duh) on BBC. Anyway, here’s a picture of The Doctor with a baby: 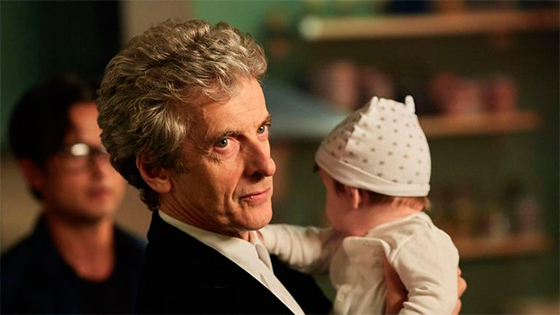 Rogue One director Gareth Edwards would like an Obi-Wan movie. OK, we would all love that. Is he hinting he would like to make that film himself? That said, the rumoured reason why there’s no Obi-Wan Kenobi Star Wars story film in development, is because “they’re not done with Obi-Wan quite yet in the Saga films”. Could we watch force ghost Obi-Wan? His voice again? Would someone put Ewan McGregor out of his misery and let him do the damn character again? Here are Edwards’ words:

To be honest, Rogue One is the period I love.It’s connecting to the original New Hope. If someone made other films in that era – and I don’t necessarily think this is happening, I have no inside knowledge – but that desire to see Obi-Wan Kenobi. Tattooine, basically, I love. As a kid I remember wanting to grow up there; anything in that “Original Trilogy” era I am just besotted with, and it’s just like going back home to your childhood.

Some more clips from Rogue One: A Star Wars Story have been revealed, but I want to share this one in particular because it’s the first Bail Organa footage we have! BTW, Bail Organa was the dude who raised Leia Organa after her mum died of a broken heart~

Video game films have this supposed curse on them. That is, they usually suck. I mean, not even poor Duncan Jones could make Warcraft great (I like it, but I acknowledge its many shortcomings), so what about Justin Kurzel’s Assassin’s Creed? Here’s what protagonist Michael Fassbender thinks about it:

I was naive to be honest, it’s only in a hindsight in one, sort of journalists to tell you there’s a curse on video games. Then you go through the films that have been made… It’s only a curse until somebody makes a good one, and then it’s a different story.