In box office news, Star Wars: The Last Jedi has passed Rogue One: A Star Wars Story both domestically and worldwide. But wait, there’s more! Star Wars surpassed Harry Potter to become the second biggest box office franchise of all time! And of course The Marvel Cinematic Universe is first place.

Christian Bale confirmed that he was in talks for a part in Solo: A Star Wars Story. Most certainly the part that went to Woody Harrelson in the end. He wouldn’t say no to a future Star Wars project tho.

Yes, [it was] very tempting. I not only love the films going back to my childhood but also have a very long relationship with Kathleen Kennedy and Frank Marshall because they did Empire of the Sun many years back. There was discussion, [and] I hope there will be future discussions.

Here’s a new Black Lighting trailer, now with a family theme. The series premieres on The CW on January 16:

All those views made very happy, and thus Netflix announced a Bright sequel via Twitter, with a video of orcs auditioning for the sequel. David Ayer will write and direct the movie. So, bye-bye to Max Landis. Will Smith and Joel Edgerton will, of course, return to reprise their respective roles.

Well, well, well. It seems Pacific Rim Uprising has more of Guillermo Del Toro’s vision that we all thought, despite the less “dark” feel of the original film.

I prepped my version of Pacific Rim 2. I developed the screenplay, I storyboarded the creatures and the robots on that, and then that suspension of six months… I left, and helped select the new director, and that’s about it.

Here’s a final poster for Star Wars: The Last Jedi and it looks great! 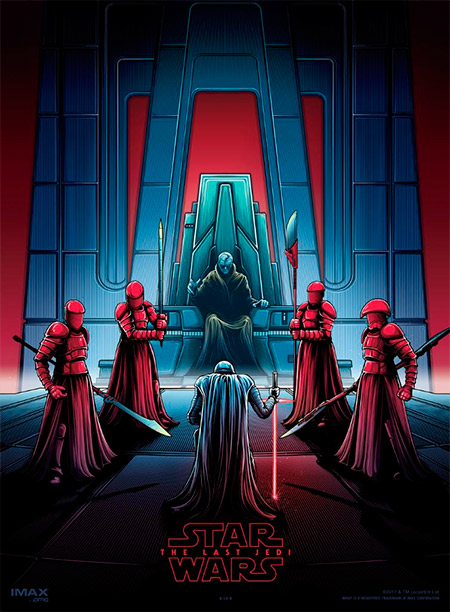