Well, look at that! Warner Bros. hired The Conjuring producer Walter Hamada as the new president of DC-based film production! Dude is kinda BFF with director James Wan, who is helming Aquaman so that must be nice. Those wondering about Geoff Johns, he remains at DC as a president and chief creative officer, and will continue to provide creative guidance into the company’s film, television and comic book efforts. And thus Johns will “work closely” with the new production president Hamada. Here’s what Toby Emmerich, Warners’ president and chief content officer, had to say:

Walter is creative, resourceful, and committed to excellence, and will bring those qualities to his oversight of our superhero films. He’s a terrific production executive and served as an executive producer on two of the summer’s most popular films, New Line’s It and Annabelle: Creation. I’m confident Walter and Geoff, working with our filmmaking partners, will deliver films that will resonate with both broad global audiences as well as DC fanboys and fangirls.

Here’s a new promo for Black Lightning and our first look at Anissa Pierce in full costume as the the heroic Thunder. Yep, Jefferson Pierce/Black Lighting’s oldest daughter. Actress Nafessa Williams also confirmed that Thunder would be a lesbian like her comic book counterpart. 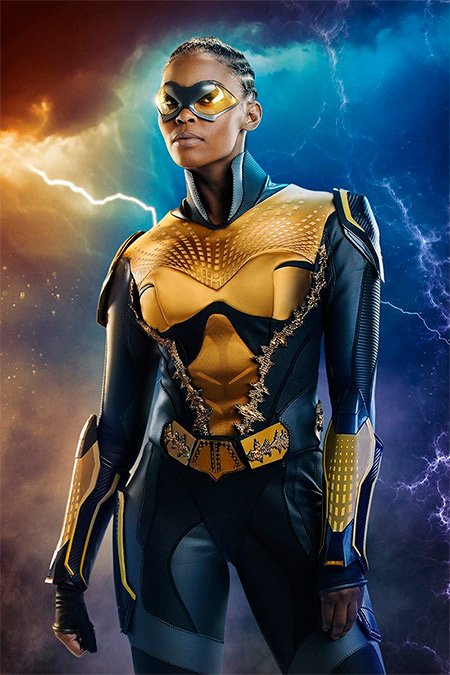 This is the defining moment of my life, I feel old enough for it. And I feel like I understand how important it is, and I’m so excited that the role models for young children, boys or girls… or teenagers, or adults, come in different forms. There’s nothing unattainable about me. I don’t look like I’ve been carved out of rock. I don’t sound like I’ve had the extraordinary glamour. […] It’s amazing to be a milestone, but how wonderful if it wasn’t, if it was just accepted, embraced. I’m not dissing the moment—it’s f**king brilliant—but hopefully when other people grow up, it’s not so much of a surprise.

Marvel announced the release of Black Panther: The Album, a new compilation curated and produced by Kendrick Lamar and Anthony “Top Dawg” Tiffith. Here are Lamar’s statement about it:

Marvel Studios’ Black Panther is amazing, from its cast to its director. The magnitude of this film showcases a great marriage of art and culture. I’m truly honored to contribute my knowledge of producing sound and writing music alongside [director Ryan Coogler] and Marvel’s vision.

The first single from the album has also debuted. Check out “All The Stars” by Kendrick Lamar and SZA below:

Let’s finish with a couple of production start dates! First, Silver & Black, which has the working title of “Tri-Border”, is set to begin shooting on March 5th and will continue until mid-June. As for the Spider-Man: Homecoming sequel, it will kick off production on June 1st and will last until September.

And that’s it for the week. Before I go, I want to wish Happy Birthday to Anthony Hopkins, Ben Kingsley, Graham McTavish, Diane Keaton, Hayao Miyazaki and Wen Jiang. 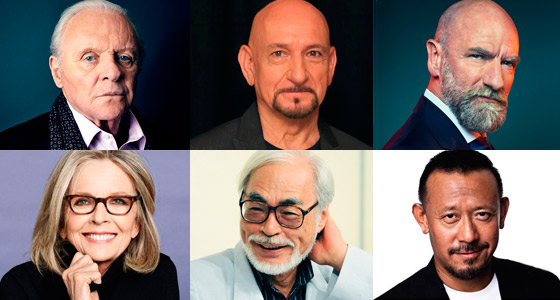