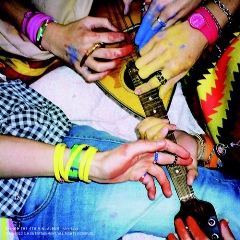 I don’t think that I can really express how much I am proud of this album. You see, I am a very loyal fan of SHINee, been a fan since their debut back in 2008. For crying out loud, I made a stupid excuse to fly to Singapore and see them live [1].

Besides my somewhat obsession with this group, my love towards them is based on respect and pride. Respect because, albeit being young, they are very hard-working, and pride because they are good. The other group I feel this way about in Kpop is DBSK. But that is a whole different league. I won’t say that SHINee is as good or better than DBSK, SHINee is very good in their own right. They are very different from DBSK and not nearly as epic. But I guess that with this album they are in a good way to achieve that epicness.

Since their debut, SHINee has released solid albums. Sure, much of the production quality is lost in the flashy fashion of the lead single of each album. Not that the lead singles are bad, they are just very over the top. In this album, the lead single Sherlock takes much of the lime light, but it’s the rest of the songs that really make the album.

I am confused with the first three songs on this album. Sherlock is a mash-up of songs Clue and Note but they all sound the same besides some difference in a small part of the lyrics and arrangement. But it’s still the same song. Waste of space, if you ask me, and a very poorly executed ploy. I mean, Sherlock as a song is so explosive it doesn’t need anything else. That song is so hardcore it’s, well, I am a bit overwhelmed. It’s like such an anthem. Reminds me of Lucifer just with a whole lot more: instruments, beats, loudness.

SHINee has always done pop music with a heavy influence of R&B and hip-hop. The tracks Alarm Clock and Sherlock are up in that alley, but what I appreciate the most on this album are the sweet ballads The Reason and Honesty. SHINee have strong vocals in the form of Onew and Jonghyung (the pipes that boy has, dayum) but the rest of the group aren’t that bad.

From the beginning their vocals have been constantly improving and with this album we finally have reached that peak. They all sound pitch perfect, it’s crazy. I’ve heard these boys sing live several times but it’s now that they really are shining. It’s like they finally found that balance that makes their voices blend perfectly together, at the same time as they get to shine in their respective parts — which can clearly be heard in Honesty. The flow of the guys’ voices as well as the clear notes is so effortless that I become speechless.

I appreciate this album because it’s yet another stepping stone for SHINee. Sure, it could’ve been executed better (as in dropping the songs Clue and Note) but I give props to SHINee because they are developing the sound that they originally began with. Sherlock is still very much the SHINee I love and adore, just a little bit more bad-ass and refined.

Best tracks: Everything besides Clue and Note

Preview on Xiami | Like it? Buy it on YesAsia or iTunes