The Fangirly Diary of a Geek Girl: The Crime of Grindelwald’s casting

Greetings, fellow fangirls and fanboys! This week we got news on that Fantastic Beasts‘ sequel… and that title comes courtesy of online fans! Also, Star Wars keeps with the promos and Warner/DC are having Bat problems. Here’s how the week started:

Here’s the trailer for Batman: Gotham by Gaslight, based on one of DC’s most popular Elseworld of the same name. Yep, Batman fights off Jack the Ripper in Victorian London! Yay for Steampunk aesthetics!

Sony is developing a Spider-Man spinoff (yep, they are still trying!) about Morbius the Living Vampire. I remember him most from The Spider-Man The Animated Series from the 90s. What’s not nice is the writers’ resume. Burk Sharpless and Matt Sazama wrote the Power Rangers movie, Dracula Untold, The Last Witch Hunter and Gods of Egypt. Yeah, talk about mediocre. So, who’s Dr. Michael Morbius? A scientist who suffered from a rare blood disease and attempted to cure himself (bad call!) with disastrous results. He became afflicted with a condition that was a form of vampirism and fought Spider-Man. Unlike his animated counterpart, dude actually bit people for their blood, and didn’t have those weird suckers on his hands to get “plasma” from his victims.

Wonder Woman 2 release date has been move up 6 weeks! Yep, from December 13, 2019 to November 1, 2019. Considering Star Wars: Episode IX was moved from May 2019 to December 20, 2019, because J.J. Abrams replaced Colin Trevorrow, well, it’s only logical that Warner didn’t want to compete with that! That and Thor: Ragnarok did great with a November 3 debut, so now November is a good date for superheroes!

So yeah, that Lord of the Rings TV series? It got a multi-season order at Amazon. The series will explore storylines set before the events in the first LOTR novel, The Fellowship of the Ring. So nope, no War of the Ring. This story is either set before The Hobbit or in between The Hobbit and LOTR. The deal includes a potential addition of a spin-off series as well. Something with orcs, pretty please! Want to know about what they are doing when no Dark Lord is hauling them to fight their wars. Did they have any kind of culture?

Yay for the preview of the Star Wars‘ Thrawn comicbook, a six-issue adaptation of Timothy Zahn’s novel of the same name. The first issue will kick off on February 7, 2018, and will include never-before-revealed scenes! 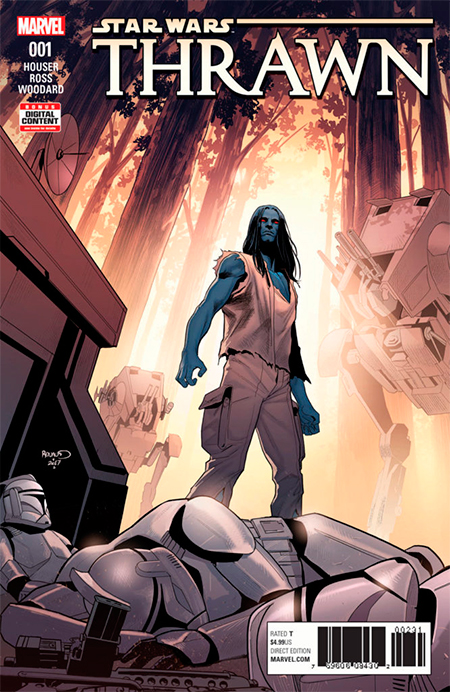