It’s been 20 year since MTV’s Daria debuted and damn I feel old. That said, EW was considerate enough to ask co-creator Susie Lewis and character designer Karen Disher to reimage (part of) the cast as they’d be today. And damn, it reads like fanfic. Some of those headcanons don’t line up with how the series ended (or rather the movie Is It College Yet?). The only one I can fully accept is Trent’s. Also, damn, Jane has not aged gracefully! And where are Jodie and Mack? And the rest of the Fashion Club?! You can keep Upchuck tho~ 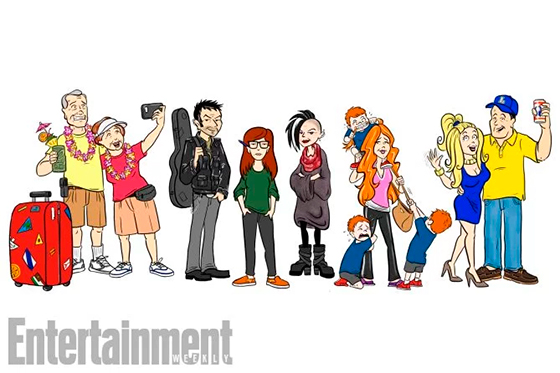 Poor Niki Caro! The director of Disney’s live-action Mulan screwed up when she said last month that the iconic songs from the animated movie could be omitted. “No songs right now”, where her words. Of course fans weren’t happy about it. Now Niki Caro confirmed “there will be music”.

I haven’t even started on the movie yet. I haven’t seen a single casting yet, and these are conversations that are all ongoing. The live-action is based on that inspirational Chinese ballad and on the animated Disney classic. We’re still exploring the role that music’s going to play in it, but for sure there will be music.

Welp, the new trailer (a teaser actually) for Doctor Who series 10 ends with something that will give the fans of Peter Capaldi’s Doctor a minor heart failure. I mean, we knew it will happen, but still! Asshole move, BBC! The new series premiere this April 15th on BBC.

Prepare to cry for your wallets! Laika will sell toys (and more) based on its movies! Just like with the films, the licensed products will be all about quality~ Maldita Pobreza!

In the near future, LAIKA’s products will be available in various retail outlets and channels as well as on our website.  As with all things LAIKA, everything will be about quality, just like our films.

Wow, we are getting a 90-minute Invader Zim TV movie. And yes, it will be based on the early 2000s animated series from Nickelodeon. The original voice actors of the main characters are back! Yep, that’s Zim, GIR, Dib and Gaz. What with the TV movie Hey Arnold!: The Jungle Movie and Rocko’s Modern Life TV special, I’m liking what Nickelodeon is doing to their “old” cartoons~

The TV movie follows the perpetually desperate and delusional Zim as he creates a new and potentially Earth-destroying plan to finally get the attention he deserves from his Irken leaders, the Almighty Tallest.

A new report talks about the new look Kylo Ren will rock in Star Wars: The Last Jedi. And it will take his Darth Vader fanboy ways to a new level! Like that tattered half-cape? Nah, he’ll get a full version now and it will be very much in the style of Vader. In fact, it might be an original! Since Vader had more than one, and Kylo might have found his stash. Also, new mask! And new face since Rey got him good there in Star Wars: The Force Awakens. Here’s a fan-art of what he could look like: 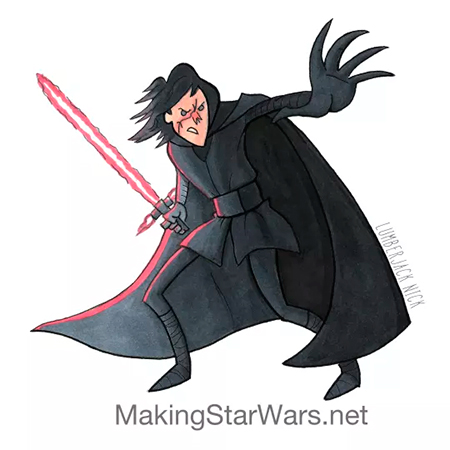