Here’s a sneak peek of the DC animated film Batman and Harley Quinn, and it features the creators and voice cast. New Harley is Melissa Rauch a.k.a. Bernadette from The Big Bang Theory. Kevin Conroy and Loren Lester return to voice Batman and Robin. And I am not sure I like that mild Robin x Harley shipping, but it’s Bruce Timm’s canon and crappy pairings are his thing. I am looking at you Batman x Batgirl!

A new Marvel series has been confirmed! It’s New Warriors, and it will be Marvel’s first 30-minute live-action comedy! Yep, comedy. Which is to be expected with a series that contains Squirrel Girl. The 10-episode comedy will launch in 2018 and it’s Marvel’s second straight-to-series order at Freeform, after Cloak and Dagger.

New Warriors revolves around six young people with powers living and working together. With powers and abilities on the opposite end of the spectrum of The Avengers, the New Warriors want to make a difference in the world…even if the world isn’t ready.

In other Marvel TV series news, Daredevil season 3 will start filming this year. And I hope it’s better than season 2, which wasn’t bad, but season 1 was the superior one. So yep, everything on-course for the third season to premiere in 2018.

You know that collaborative novel Stephen King is writing with his son Owen King, Sleeping Beauties, due out until September 26? It will also become a TV series. Eventually. It’s about the women in a town all falling sleep mysteriously, and if they are disturbed or otherwise awakened, the women go violently crazy. The men are left to their own devices, except one woman, Evie, is left awake. Yep, very Stephen (and I guess Owen) King.

John Simm will return as the Master in Doctor Who! John Simm was last seen as the Master on New Year’s Day 2010, the same time we last saw David Tennant as the Doctor. But what about Michelle Gomez’s The Master? Well, Troll King Steven Moffat confirmed they will face off and that “it’s not often you get to see a solo personality clash”. Here’s what Simm had to say:

I can confirm that it’s true, thanks to the power of time travel I’m back. It’s always a pleasure to work with this great team of people and I can’t wait for you all to see what the Master gets up to in the next series.

The week ends with new character posters for Pirates of the Caribbean: Dead Men Tell No Tales. Here’s the one of my favourite character of the franchise, Geoffrey Rush’s Captain Barbossa: 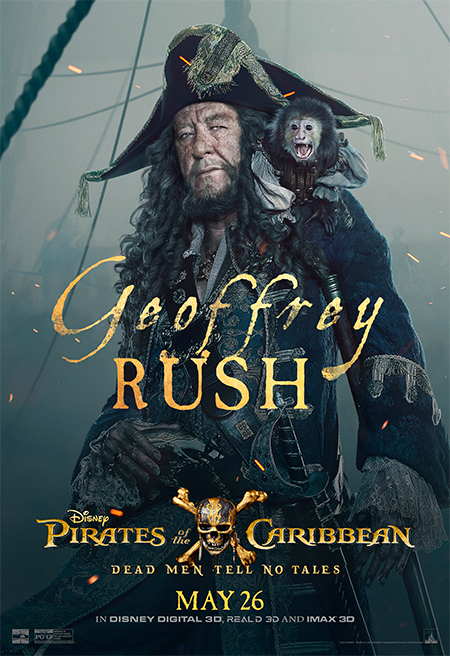 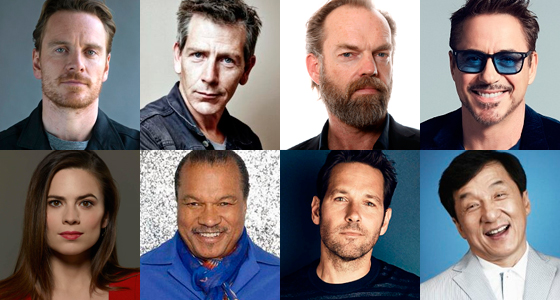