It was April’s Fools and the Rick and Morty team continuously streamed the first episode of their long-awaited third season. Season 3 will officially air on Cartoon Network this summer. The second season ended in October 2015, so fans have had to wait a lot.

Here’s the first look at the Cardcaptor Sakura sequel, premieres next January. All the characters look great! And kinda the same except more glossy and better animated. Yukito seems to have misplaced his jaw tho!

Get Out keeps getting records! Now they have the highest grossing debut project for a writer-director with an original screenplay. The previous record winner was The Blair Witch Project, back in 1999.

George Takei will produce a graphic novel about the Japanese Internment on the 75th anniversary of the first interments. IDW will publish the yet-untitled graphic novel about Takei’s life, “particularly his time as a 5-year-old when he and his family were sent to live in government internment camps during World War II”, next year. And that’s actually kinda awesome because I love both George Takei and historical graphic novels.

It’s been a while since I’ve seen professional wrestling on a regular basis, but I still catch WrestleMania either live or check the results the next day religiously. This was the first time we managed to watch WrestleMania at home live, and I watched because I like to watch Mark William Calaway a.k.a. The Undertaker on Wrestlemania. I first knew about pro wrestling back in 1996 when our computer came with a demo of Wrestlemania The Arcade Game. I loved the game and I loved all the weird and colorful characters. And then, the next year we had cable TV and we saw for the first time something called Monday Night Raw and lo and behold, some of the video game characters were there fighting “for real”. Yeah, I was one of those dumb kids that thought it was real, until I realized the truth, but didn’t mind because it was still awesome. One of those wrestlers was The Undertaker. Yes, he has been fighting for a long time. On WrestleMania 33, The Undertaker retired from WWE after nearly 27 years following a defeat in a fight with Roman Reigns After the match, The Undertaker left his gloves, coat, and hat in the center of the ring, while the multitude was chanting “Thank You, Taker”, which will become a hashtag that trended on Twitter for a time, which had all the feels. While he wasn’t one of the best fighters, he had one of the best (and most iconic) gimmicks, and he was many people’s favourite, including teenage me. But it was indeed time for him to retire, he has been slowing down steadily, and it was something he wanted. I wish he had won tho. Even if we will probably see him again in the ring, even if he’s just visiting. 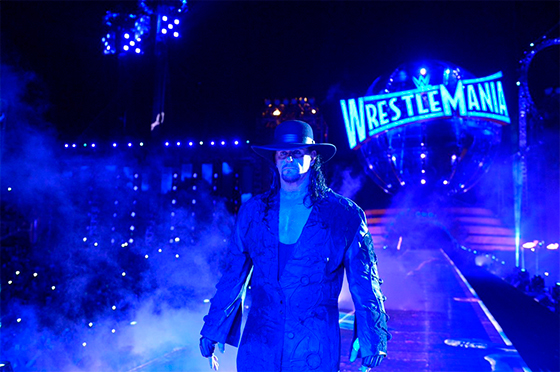 Warner Bros. managed to amaze the crowd at WonderCon with Wonder Woman clips! Please, don’t fuck this up, Warner! I don’t want assholes saying women can’t carry superhero movies! We also had director Patty Jenkins and executive producer Geoff Johns waxing lyrical about her virtues, like “She’s one of the very few who believes in goodness and kindness and justice and love” and “She is the best fighter in the DC universe”.