The Fangirly Diary of a Geek Girl: #SayNoToHYDRACap

Last year, CBS and Paramount sued the producers of Star Trek: Axanar, a planned feature length fan film funded via Kickstarter. Which is kind of a dick move, since usually they have a good relationship with the fandom. Of course, usually fan films are non-profit, and maybe the huge amount this particular one made such a high level of funding (over $600,000). That said Star Trek Beyond director Justin Lin asked Paramount to drop it since it isn’t the right way to treat fans, the fans that saved the franchise to begin with dammit. And now, during a Star Trek fan event held on the Paramount lot, Star Trek Beyond executive producer J.J. Abrams announced that the studio will indeed drop the lawsuit. Good job, guys!

Check out Charlize Theron rocking a ponytail and a Metallica T-shirt as villain Cipher in Fast 8! 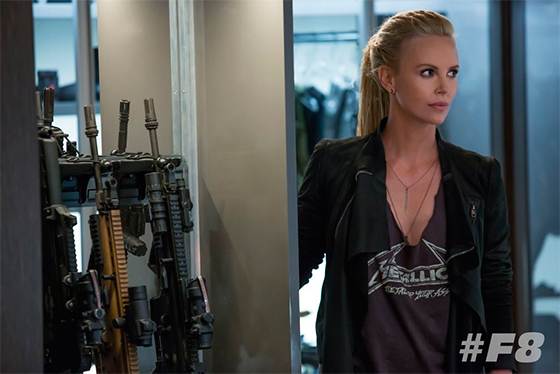 In Box Office News: X-Men: Apocalypse got over $100 million internationally! Congrats on your not-US money!

A Black Panther casting call sheet has surfaced online. Allegedly, that is. But if it’s true, it means we are up for some interesting characters in the film! So yeah, Monica Lynne could be there, and that might be Lupita Nyong’o’s role. Also, besides Ulysses Klaw (Andy Serkis’ role), we have plenty villains in Achebe, Erik Killmonger, Man Ape and White Wolf. Which one Michael B. Jordan could be? Martin Freeman’s Everett Ross will also be there.

The audiences in the Suicide Squad test screening gave out positive social media reviews! Then again, don’t know if I should trust in these because same thing happened to Batman V Superman: Dawn of Justice, and we all know how that turned out. That said, I choose to believe!

Here’s our first look of a new canonical female Star Wars character! It’s Ciena Ree, graduate of the Imperial Academy and commander of a Star Destroyer, and protagonists of the YA Star Wars novel, Lost Stars, about the love story between two people in opposite sides of the battle between the Rebels and the Imperials that spans the original trilogy. The novel was published last year, but now this new image was revealed on The Star Wars Show, commissioned for use by Fantasy Flight Games, who make several Star Wars table top games like Star Wars: Armada, which is exactly were Ree will appear as part of an expansion. 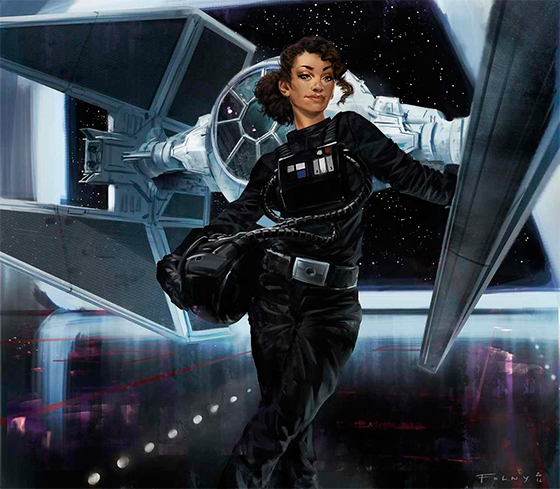 The days of the “Female Superheros don’t sell” are over. At leasts for DC comics! Their DC Super Hero Girls franchise is expected to earn them $1 billion, according to DCU president Diane Nelson. Right now, Wonder Woman stuff is “selling like gangbusters” in Target and they cannot keep them on the shelves! What do you think of that, Ike Perlmutter?!

OMG! Netflix made a massive TV deal with Disney! And what does it entail? Starting in September, Netflix will become “the exclusive US pay TV home of the latest films from Disney, Marvel, Lucasfilm and Pixar”. So from now on it will be theaters, Blu-ray and DVD, then straight to Netflix. Wonder home much time it will hold? Meanwhile, I cannot wait for September!

Empire Magazine had Independence Day: Resurgence on their regular (where Jeff Goldblum doesn’t seem to care he is being strangled by an alien) and subscriber’s covers (with an up-close look of one of the aliens). Also, we got some new stills where everything looks cute shiny and blue. 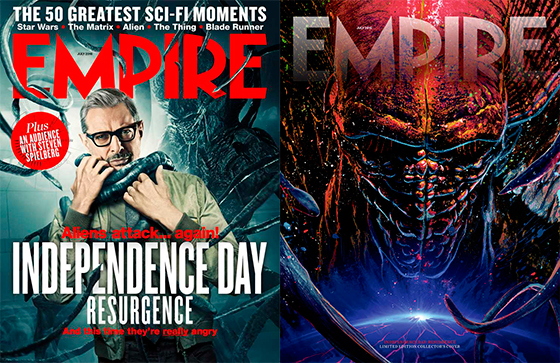