Let’s talk about Rogue One some more! Editors John Gilroy and Colin Goudie talked about the changes to the ending and which scenes were added with the reshoots. And you know what? Those complaining (myself included) about that choppy beginning where we meet our characters before they all end up together? Totally reshoots. But not the prologue, that was always there and it was perfect. And that was fine because without them we will have Jyn as a little kid and then fast-forward to Jyn in that meeting with the Rebels after she was captured. But those are small changes compared to what happened to the ending… but we won’t know about those because Gilroy was mum about specific details and only confirmed that the ending was reworked significantly.

OK, they might not want to spill the beans, we know some fo the scenes were left on the cutting room floor thanks to the trailers, and one of those was the shot of Jyn confronting a TIE fighter. That one was heavily used in the film’s marketing, and in the film, Jyn does walk to that station to fix the Direct TV, but there’s no TIE fighter.

There was a bit of a process to refining the third act in terms of the specific shots and moments, and so certain things just fell away. But then what happens is marketing love those shots, and go, “oh, we’ve got to use that.” And you say, “well, it’s not in the movie”. And they say, “it’s okay, it’s what marketing does, we just use the best of whatever you’ve done”. And so there’s lots of little things, but towards the end you go, “I know that’s not in the film, but the spirit of it’s in the film”. 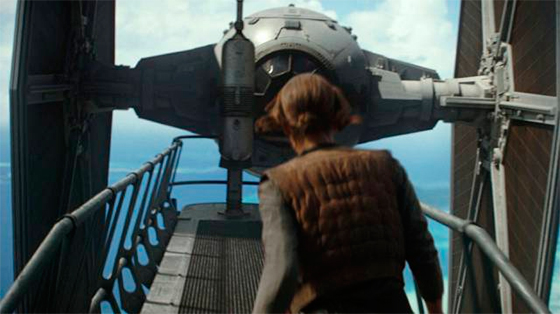 Anyway, people doesn’t seem to bothered they didn’t get to watch some scenes from the trailers since Rogue One: A Star Wars Story has passed the $800 million mark at the global box office. The film got the #2 of 2016 releases domestically (behind Finding Dory) and the #7 globally. That, it had yet to add China’s numbers.

Check out even more character posters for The LEGO Batman Movie, with the Bat-Family and iconic Batman Villains. Here are the Riddler, because I am still mourning what it wasn’t meant to be in Gotham: 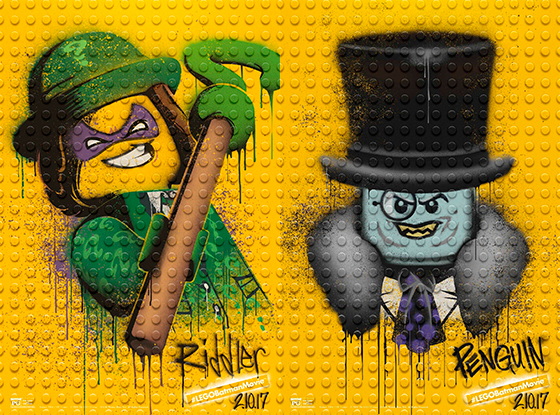 And we continue with the theme of Rogue One scenes that didn’t make the cut. But this is the last one, I swear! So, here’s a new batch of pictures that show us, besides lovely higher quality shots, pictures from the deleted scenes. And my favourite is the one where Ben Mendelsohn’s Director Orson Krennic has his modified vintage blaster drawn and pointed at someone off-screen as Imperial officers look on. And this totally looks like the room where all these dudes watched the Death Star’s first test… and you know who else was there? Grand Moff Tarkin. And he and Krennic had a b*tch fight about who gets to be the boss of the Death Star. Did Krennic lost his cool and actually threatened Tarkin? I image our rat-faced king was not impressed. 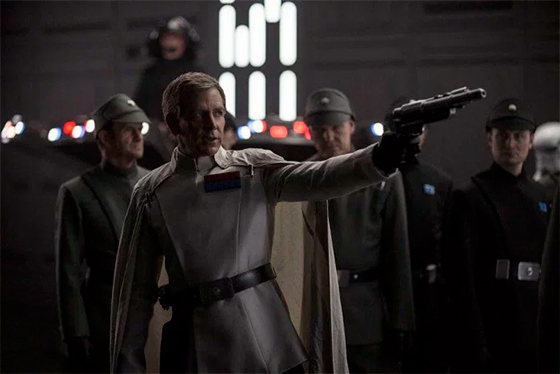