Greetings, fellow fangirls and fanboys! The first week of 2017 gave us the last of the Rogue One news, as well as new info on Thor: Ragnarok, and our first look at the protagonists of Cars 3. Here’s how the week started:

Superhero movies are not Ridley Scott’s “kind of thing”. He’s been asked “several times”, but he ain’t doing some “no story” superhero movie~

I’ve done that kind of movie – Blade Runner really is a comic strip when you think about it, it’s a dark story told in an unreal world. You could almost put Batman or Superman in that world, that atmosphere, except I’d have a f**king good story, as opposed to no story!

Talking a Ridley Scott that is totally not about superhero, Michael Fassbender talked about Walter, the slightly less egotistical and murderous android he also plays in Alien: Covenant. Will I like him more than David, that loveable little sh*t?

I think Walter’s a real different kettle of fish. David was definitely a work-in-progress, somewhat of a prototype I suppose. The elements of him that were the human elements I think people found a little disturbing, so Walter’s more of a straightforward robot. Pretty logical, much more of a servant without the ego.

Remember that Doctor Strange‘s end-credit scene where Thor met with the titular character? Yep, it’s been confirmed, Doctor Strange will be in Thor: Ragnarok. Cue all the fangirls waiting for the inevitable Doctor Strange/Loki face off. Disney’s official fan club D23 gave us the following description:

Thor: Ragnarok in November brings together Thor, the Hulk, and Doctor Strange to face off against intergalactic baddies both familiar and new.

You know how we assumed Ben Affleck will totally direct The Batman (I still can’t at how pretentious that title seems), but nope. Dude says he won’t direct it if the script sucks. Which ok, sound reasonable.

That’s the idea [that he’ll direct The Batman]. But it’s not a set thing and there’s no script. If it doesn’t come together in a way I think is really great I’m not going to do it.

Mark Hamill wrote a tribute to Carrie Fisher for The Hollywood Reporter, and it was lovely. You should go read it in its entirety, but here’s an excerpt:

When you were in her good graces, you couldn’t have more fun with any person on the planet. She was able to make you feel like you were the most important thing in her life. I think that’s a really rare quality. And then you could go 180 degrees opposite, where you were furious with one another and wouldn’t speak for weeks and weeks. But that’s all part of what makes a relationship complete. 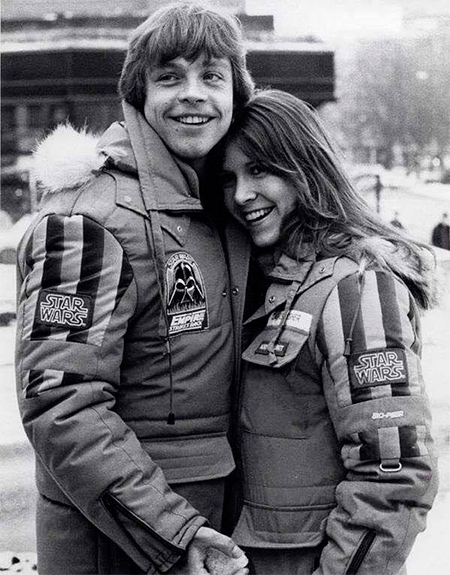 So, thanks to Slashfilm.com, I’ve discovered that Justin Lin (Star Trek: Beyond, Fast & Furious 6) directed a commercial for engineering company Arconic that’s a live-action from The Jetsons. Why nobody told me!?