The Fangirly Diary of a Geek Girl: Defend!

Greetings, fellow fangirls and fanboys! This week we have a late short column because I’m on vacation, but we had so many important news about Marvel’s new series I had to post something! Here’s how the week started:

The popular ice skating anime Yuri on Ice is getting an anime movie! The announcement was made the end of the Yuri on Stage event, and while we don’t many details, it won’t be a recompilation of the anime series so YAY!

LOL, Ridley Scott said Neill Blomkamp’s Alien 5 ain’t happening. In fact, he said it was only a ten page pitch. Scott added that Fox decided to pass on it because Scott already made Prometheus and was working on Covenant at the time. Which totally contradicts what Sigourney Weaver said at SDCC a year ago saying that she read the complete script calling it “incredible” and would be very pleasing for fans of the Alien franchise. The sequel would have brought back both Sigourney Weaver and Michael Biehn as Ripley and Hicks respectively while ignoring the events of the past two Alien films. So, what is the truth?!

Check out this cool new Wonder Woman stills, specially the one where Diana ain’t impressed with the women’s fashion of the era. 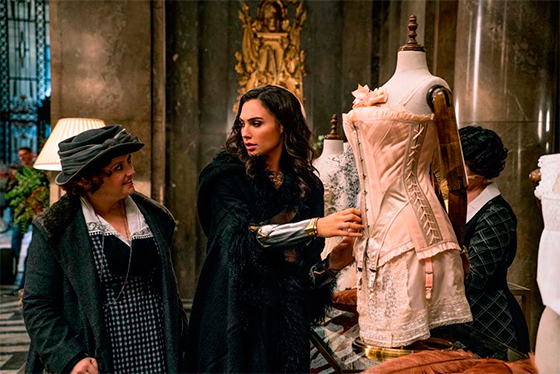 The Batman and War for the Planet of the Apes director Matt Reeves is quite chuffed he got to work on “two franchises which were the two that I was connected to most as a child”.

I just was obsessed with Batman when I was a kid. What I find so interesting about him as a character is that, as far a superhero goes, he’s not superhuman, he is a person. And he is a tortured soul who is grappling with his past and trying to find a way to be in a world that has a lot that’s wrong with it and trying to find a way to reconcile all of that. That is a really powerful character, in the same way that Caesar is such a powerful character.

Damn, Guardians of the Galaxy Vol. 2 has already passed $130 million at the international box office! And it’s yet to open in China!

We are getting a new movie based on William Shakespeare’s works! It’s called Ophelia, and it basically a re-imagining of Hamlet from Ophelia’s POV. The movie is set in the 14th Century but is spoken in a contemporary voice. Daisy Ridley will star as Ophelia and Naomi Watts will play Gertrude, Hamlet’s mother. Clive Owen will play Claudius (Hamlet’s uncle/step-father), George MacKay will play Hamlet, Tom Felton will be Laertes (Ophelia’s brother) and Devon Terrell will play Horatio (Hamlet’s best friend). I love Shakespeare and I like the cast!

Here’s the first teaser poster for Marvel’s Inhumans. And it is the best Inhumans thing revealed this week~ 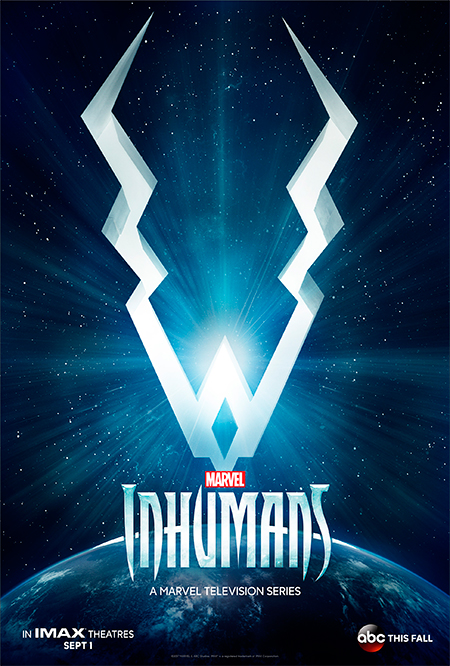 Here’s the first trailer of Marvel’s The Defenders! And you know what? I love it. I love them all. Even the weak link, Iron Fist! Also, here’s a new banner where everyone gets to show off their cool shoes. The Defenders will premiere on Netflix on August 18.

EW gives us our first look at Murder on the Orient Express with a cover that might give some people neck pain! Yep, I am digging this cast. Specially since, SPOILERS, most of them get to stab Johnny Depp~ Good times! 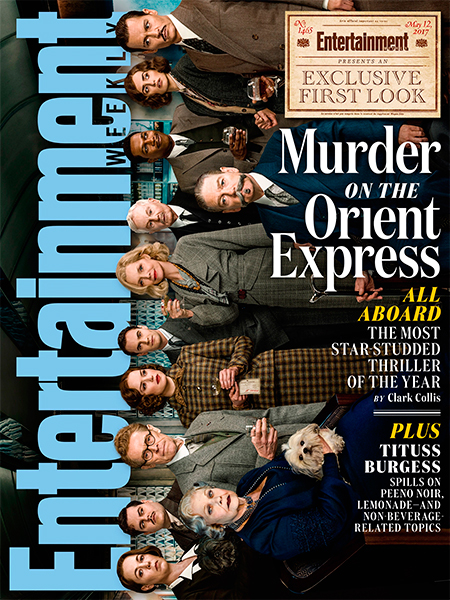