Once people used to go to the cinema if they wanted to unwind and find a way to escape from the stressful daily routine. Nowadays, Netflix is the new cinema. There are plenty of entertaining TV series on their system that are worth checking out; some are labeled as family entertainment like their revamp of Fuller House, or have a certain edge like the hilarious Arrested Development, and some talk serious business like the popular House of Cards or Narcos. Some are more appropriate for people who are into gambling and who spend most of their free time playing online games on Casino.Betway.com. A good example is Luck, a high-profile horse-racing drama created by David Milch and starring the great Dustin Hoffman. Unfortunately, the TV series ran for only a season and its short run was apparently due to the death of three horses.

Recently, the streaming giant decided to pick up Adam Wingard’s Death Note adaptation after the project was dropped by Warner Bros. The film had been in production for long time, but at the last minute the American studio left the project due to the possible lack of reception from audiences [1], and on the wake of the recent release of the first still of Scarlett Johansson’s Ghost in the Shell whitewashed adaptation, we get it. On the market, there are already three Japanese feature-films and a 2015 Japanese TV series inspired by the popular manga written by Tsugumi Ohba and illustrated by Takeshi Obata.

For the few who still don’t know anything about this gripping and psychological book, Death Note tells the story of Light Yagami, a very bright High-School senior student, who one day accidentally stumble across a black book in the school yard. Although he initially thinks the book is a prank, Light soon finds out, through experimentation, that if you picture a person in your mind as you write the person’s name in the Death Note, that person dies 40 seconds later of a heart attack. Thus, Light decides to make a world a better place by getting rid of all the criminal through this magic book. 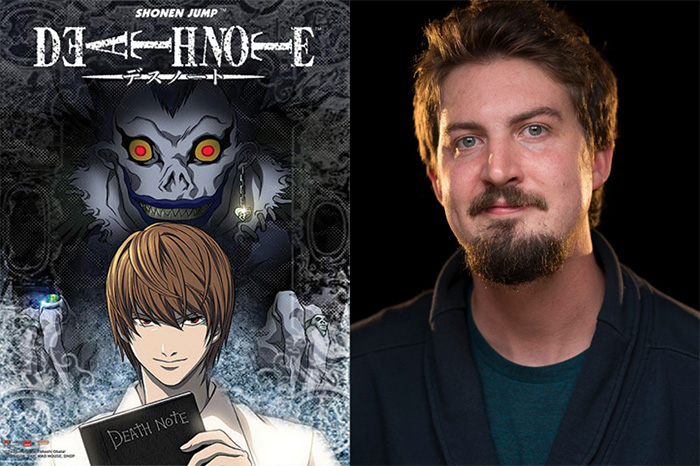 Adapting Japanese Animation into English- language projects has never been easy, and most of the time these projects resulted in total failure. However, Wingard has already proved his mastery of dread and darkness by directing V/H/S, V/H/S 2 and in particular the brutal and gory You’re Next. Death Note is definitely a challenging project, and will be one of the most exclusive titles for Netflix this year. Let’s wait and see if Wingard’s new American adaptation of the manga will be up to fans’ expectations.