The Fangirly Diary of a Geek Girl: To me, she’s royalty

Greetings, fellow fangirls and fanboys! The last week of the year was one for new trailers, new looks and even a song. And of course, even more news about Rogue One. But 2016 ended on a sad note, having to say goodbye to not one, but two of the most iconic women in the show business. Here’s how the week started:

The Hollywood Reporter polled Hollywood professionals (actors, writers, directors, etc) about their favorite fictional female characters. Hermione Granger was the overall winner, with Leia Organa as the runner-up; Buffy, Miranda (from The Devil Wears Prada) and Scully round-up the top 5 of the 50 Best Female Characters survey. And you know what, I am fine with that. Here’s the full list.

We finally have a trailer for Attack on Titan season 2! I mean, the original 25-episode season debuted in freaking 2013! What is this? Sherlock? Anyway, the new season will debut in April 2017.

After the not-so-great Christmas Special (Moffat shouldn’t write superheroes), we had the trailer for Doctor Who series 10 that looks promising!

Entertainment Weekly regaled us with our first look (as in not concept art) of Pixar’s new film, Coco. Director Lee Unkrich (Toy Story 3) also commented about the regret he feels about the 2013 drama, when Disney tried to trademark “Dia de Los Muertos”, and of course people were pissed that they tried to trademark a Mexican holiday.

It reinforced our desire to make sure that we reached out to as many experts as we could and to involve as many people in telling this story accurately. This is a story we want to share with the world, but it’s also been particularly important to us that when the Latino community sees the film, that it resonates and it feels like we got it right, and that’s what we’re really trying to do. We all feel the gravity. 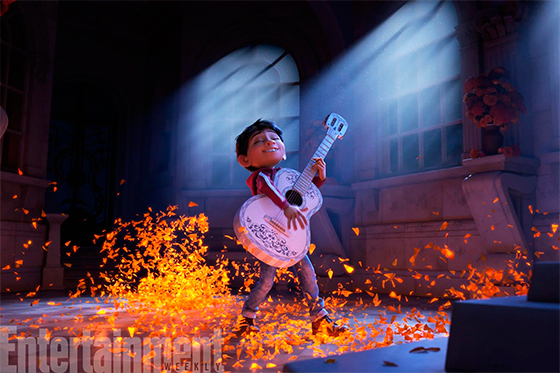 We got 3 new photos from Alien: Covenant : one of returning director Ridley Scott doing his job, a scene which leads to the birth of a neomorph alien, and finally Katherine Waterston (in a different role from Fantastic Beasts and Where to Find Them) in battlefield mode with a crew member at her side. 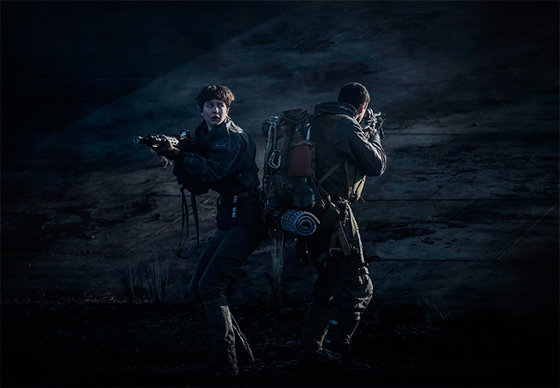 It looks like that Boba Fett movie might be made after all. We knew it was a possibility, but they stopped talking about it after Josh Trank was kicked out of the director’s chair for a standalone Star Wars movie after Fantastic Four. But now this Star Wars story was added to a list of film productions observed by My Entertainment World, provider of information on upcoming events and castings. Here’s the synopsis: