Amy’s Blast from the Past: Considerable Deductive Powers

Way before there was a mainstream popular crave for anything Sherlock, before procedural TV shows became the norm on television — before Bones ever cooly explained to us the gruesome death of Willi E. Coyote, and Grissom ever raised his eyebrow with a nudge knowing what had actually happened… and just right before Veronica Mars started sneaking around to get clues, there was Shirley.

To the holder of this letter, my commendations.

Solving the puzzle of the chest required more than considerable deductive powers. My work has consumed my life and I have produced no heir to follow in my path, but I picture you a young man of good imagination. Any mystery devised by mortal minds can be solved therewith.

Great grand-niece (?, I think dubbing skipped one generation because I only remember hearing Sherlock being Shirley’s “tio abuelo“) of the famous detective, who as the intro indicates “had left no heir to follow” in his path.

The Adventures of Shirley Holmes was a children’s program like I really haven’t been able to find any longer. Even though all my memories of the show are in Spanish Latino dub [1] (Miss you, Fox Kids), I took the chance to re-watch the show in its original (Canadian) English track only to be astonished at the type of mysteries Shirley used to uncover on a kids’ show. Only on the first season of the show we discussed insurance fraud, human trafficking, con men enamoring women, and- of course, we are introduced to the devilicious child sociopath Molly Hardy (Sarah Ezer), who will play the Moriarty to Shirley’s Holmes. 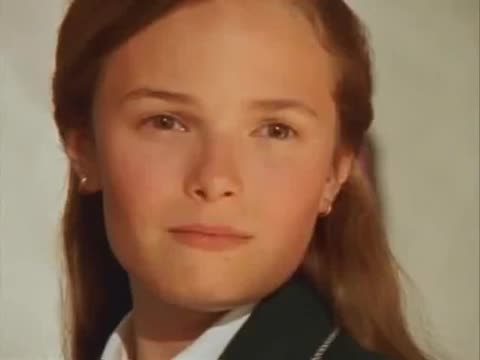 Sarah Ezer as Molly, after her ploy is found out by Shirley (Meredith Henderson) and Bo (John White) on Ep.02 of the first season, The Case of the Ruby Ring.

This little spoiled brat won’t only try to kill Shirley every time she gets, she’ll also try to get others killed if it serves her purpose. Emotionally manipulative and cold… Molly is the best child bad guy I’ve ever seen on children’s programming. I don’t know if that’s good or bad. LOL One of the great things about the show, despite some of its outrageous storylines (aliens? ghost possession? evil organization trying to dumb us down?? Okay, maybe they’re onto something), was Shirley and Molly’s rivalry. Not because people get off on women fighting each other, but that this rivalry was one of cunning and wit, and with Shirley emotionally vulnerable because of her mother, Molly has the upper hand.

Did I mention Shirley also has a storyline revolving around Rwanda and civil war?

I stand assure, The Adventures of Shirley Holmes is the best goddamn children’s show on the history of children’s programming. And you can’t take that away from me. Now, with all the Sherlock Holmes craze- would YTV (OR SOMEONE!?) Please, release the four seasons on DVD??? I’ll settle for a regular collection stripped from extras or subtitles. I’ll settle for the episodes in a case.