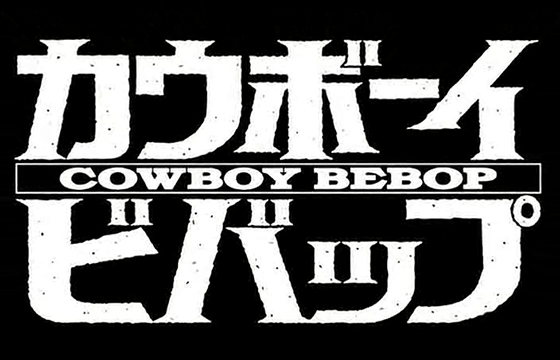 From the opening credits, Cowboy Bebop draws viewers in with a title sequence that was undoubtedly inspired by Saul Bass. Even the accompanying music, the Seatbelts’ Tank!, almost feels like it could be part of an early Bond flick.

An opening this entertaining couldn’t be misleading, and once the show begins, we’re treated to what could only be described as a neo-noir space opera with more Western influences than you can count. There’s also the heavy presence of music, notably jazz, throughout the series. Almost every episode, or session, is conveniently named after a music genre or style, and sometimes even song titles (from My Funny Valentine to Boogie Woogie Feng Shui).

Each session of Cowboy Bebop stands alone in itself, making it an extremely accessible show for anyone who just wants to jump in without knowing a thing. For those who fit that description, the show takes place in 2071 and follows a group of bounty hunters as they travel through space, trying to find a place for themselves in their mess of a universe. While that description might sound a little strange, it’s because the show itself is a little strange. Sometimes it’s an action-packed adventure, and other times it sits you down for quite the existential journey.

Bebop starts by introducing us to bounty hunters Jet Black and Spike Spiegel. Jet is a former cop who now pilots his ship, the Bebop, and Spike is a former member of a crime syndicate known as the Red Dragon, a life he longs to leave far behind. As the series progresses, new members are added to the crew. First there’s a data dog known as Ein, who we meet in Stray Dog Strut. With Honky Tonk Women comes Faye Valentine, a woman with millions of debts and a muddled past, followed by the young hacker girl Edward, who we meet in Jamming with Edward. 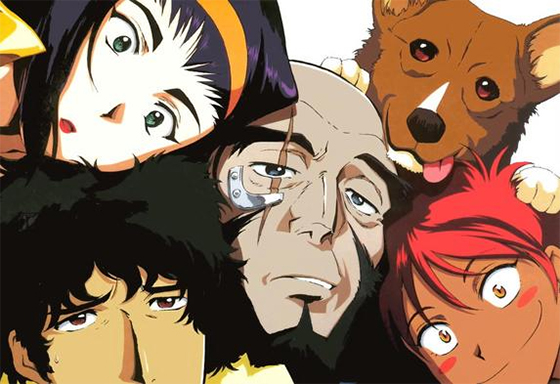 It’s a misfit bunch of people, but with each episode we learn a little more about each character. The first thirteen episodes play out pretty simply, never diving into anything truly impressive, up until the last four. With Ganymede Elegy, we’re given a major look into the usually reserved Jet, and both parts of Jupiter Jazz deliver one of the show’s most impressive storylines, while also expanding on Spike’s former life. One episode between the two, Toys in the Attic, is an almost ridiculous filler episode that achieves a level of greatness in its notable referencing of well-known sci-fi films like 2001: A Space Odyssey and the Alien series.

This isn’t the only time films are referenced on the show though. One session in particular is titled after Jean-Luc Godard’s film, Pierrot le Fou, while one of the first half’s best episodes, Ballad of Fallen Angels, will leave John Woo fans pleased with just how familiar it all seems. A personal favorite and likely the most outrageous session, Mushroom Samba, is stuffed with the spirit of seventies blaxploitation films. Maybe it’s the inspiration from those movies, or simply the surreal mushroom induced sequences within, that make me love the episode, but it’s a hell of a watch that comes right after two sessions of incredible character studies.

With the latter thirteen episodes of the series, Cowboy Bebop takes precious care in expanding on all of its characters, especially that of Faye Valentine, who I’d consider one of the most interesting women in any anime. My Funny Valentine, Speak Like A Child, and Hard Luck Woman all reveal layers to her character that one would never expect from the women we meet in the show’s third session. There’s plenty about our other members as well, but none is quite as emphasized as Spike, whose story comes to a hell of a finale in the two part The Real Folk Blues.

As mentioned before, the show does sometimes deal with some serious topics alongside wild adventures, notably that of life and death, as well as the effect the past has on humanity. One episode, Brain Scratch, places the Bebop crew against a cult and offers fascinating social commentary on humanity’s reliance on technology, while taking a shot at religious corruption without belittling the idea of faith in something.

Cowboy Bebop is a hell of an animated series. In only twenty-six episodes, the show fully develops four characters, references an overwhelming number of classic films and music styles, all while delivering adventure after adventure through crisp and beautiful animation, which is more than most shows can even dream of over one season. Whether you watch it in its original Japanese language or with the well done English dubbing, this is one television series that will keep you hooked from start to finish.