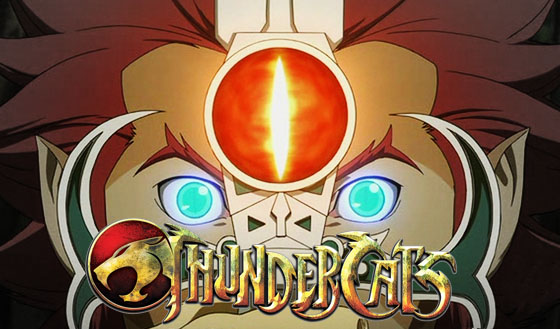 I have a photo of myself shaking a sword, I shook it so much that the sword looks blurry on the photo, and it looks as if it’s growing. It was the Sword of Omens (or la Espada del Augurio). I had unruly wild hair… I was totally Lion-O.

So when I caught the first episode of the latest Thundercats series, I knew I had to give this series a try. The first and second episode — a two-part one hour arc titled Omens — really left me impressed. With animation done by Studio 4C, the look and feel of Thundercats goes beyond a regular cartoon, or maybe I’m just not really familiar with Cartoon Network series any longer, and they all look and feel this serious…

The franchise also got a story revamp making it darker, expertly shown in the first two episodes. I really could not rave enough about Omens, which challenges most of your perception of good and bad making the Thunderians (the cats) the good guys, but at the same time, the oppressors of the other animals in the kingdom. There’s treason and all your sense of right and wrong on regular cartoons go awry, until Mumm-Ra — as scary as ever — comes into play, and some sort of order is restored.

Thundercats, still broadcasting its first season with a little over 19 episodes of its 26, does suffer from it’s length. There’s a lot of filler episodes that try to build up Lion-O — who at times is an irresponsible teen who’s not fit to be a leader, and at others seems to have a good head on his shoulders. His development is so ambivalent that makes him almost unbearable to watch at times.

The first season seems to have been divided in different arcs — or Books, like they’re calling them on the DVD releases — leaving considerable gaps between episode 8, The Duelist and the Drifter, and episode 9, Berbils — complete filler episodes — as well as episode 13, Between Brothers, and episode 14, New Alliances. It just makes it such a bother to follow~

However, in terms of overall series to watch with your kids, watching Thundercats with them doesn’t seem like such a bad deal.