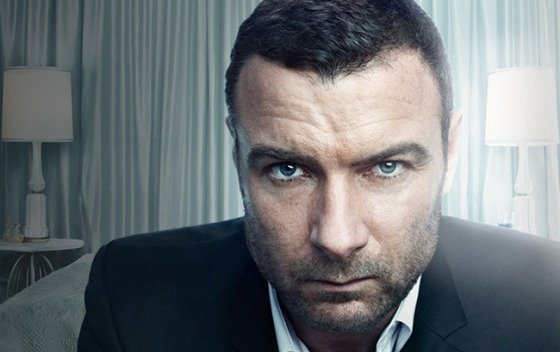 You got caught having a relationship with someone that could destroy your entire career? Or did you woke up in the morning and found someone dead inside your bed? Fear not, because Ray Donovan (Schreiber) is your man and he’ll fix your problems at any cost.

And that’s the premise of Ray Donovan, whose main character is a “fixer” who works for the powerful law firm Goldman & Drexler that represents the rich and famous and solves all kinds of problems no matter how messy they are. Work aside, Ray also has to take of his family. Wife Abby (Malcomson) and kids Bridget (Kerris Dorsey) and Conor (Devon Bagby) are the reason of his existence, but he also takes care of his brothers Terry (Marsan) and Bunchy (Mihok) as well.

However, things start to fall apart for Ray when he finds out that his father Mickey (Voight) is released from jail 5 years earlier than expected. And right from the start, you can tell that Ray hates his father a lot due to past life events between them. And it gets even worse when Mickey weasels his way into Ray’s life.

Ray Donovan has a very talented cast — Schreiber, Marsan and Mihok as the Donovan brothers stand out in particular — and a lot of interesting ideas which includes the “fixer” business through Ray and his co-workers Avi (Steven Bauer) and Lena (Moennig), the effects of childhood sexual abuse [see: Bunchy], the rivalry between Mickey and Ray, Ray’s family falling apart as well as the relationship between the 3 Donovan brothers.

However, the first half of the season had a strong emphasis on storylines involving Mickey (that felt cheesy in contrast to the Ray character) Ray’s wife and kids, which made the show kind of hard to watch in melodramatic fashion and made the Brody family from Homeland look awesome by comparison, and that’s kind of sad. I also wished we could have seen more of Avi and Lena as well as exploring the relationship between the Donovan brothers (one of the show’s strengths that should have been used a bit more often), but maybe Season 2 will fix that (no pun intended).

Thankfully, things get back in track around the second half when the FBI gets on Ray’s ass as well as James Woods pulling off a crazy yet great performance as Sully, a person who also has a complicated backstory with Ray and Mickey. The writing got better as Sully’s appearance injects adrenaline into Ray Donovan, and by the time we hit the season finale, Ray’s strained relationship with his father and why it is that way becomes a lot more clearer.

With Dexter‘s 8th and final season on the horizon, Showtime aired Ray Donovan alongside its symbol show to establish it as a major player in the same way they did with Homeland two years ago. Season 1 was a ratings success and a second season was quickly greenlighted after only airing the pilot. Ray Donovan‘s first season ended up being good (especially during the second half), but it wasn’t excellent by any means because it tends to focus on a lot of things and some of them were a waste of time. However, you will require a lot of patience with Season 1 because it’s slow-paced with its storylines and reveals.