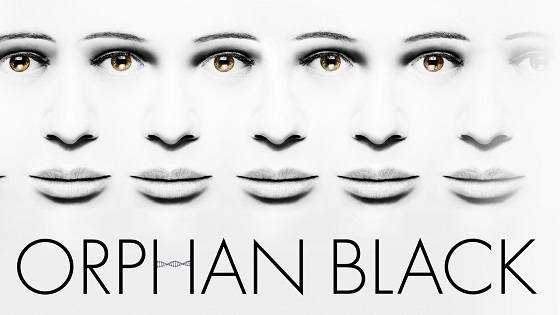 I have yet to watch Season 2 of Orphan Black, but just got around to watching the first season and it really lives up to the hype, especially Tatiana Maslany’s performance… or performances, to be more precise.

Yes, Maslany plays several characters in Orphan Black. The most important of them all is Sarah Manning, who witnesses the suicide of Elizabeth Childs, a woman that looks exactly like her. Sarah takes it upon herself to take over Beth’s identity in order to leave behind a not-so-great life, which includes a life of poverty as a con-woman and her ex Vic (Michael Mando), escapes town and starts over a new life along with her daughter Kira (Skyler Wexler) and her foster-brother Felix (Jordan Gavaris).

At first, Sarah is marveled with Beth’s lifestyle prior to her suicide. However, there are consequences to impersonating a different person. Beth not only worked — or works, considering Sarah managed to make lots of people believe she “died” instead of Beth — as a police officer and has a boyfriend named Paul (Dylan Bruce), but she also gets to learn that there are women that look exactly like her, and they know each other.

As if knowing that there are people that look exactly like her weren’t bad enough, they’re being monitored, and there’s somebody out there hunting all of them making it even worse.

Tatiana Maslany is a treat to watch and she does a hell of a job at playing several characters stylishly. We have seen other actors before playing multiple characters — the likes of Eddie Murphy and Mike Myers have made a living out of that, although United States of Tara is a closer example to Orphan Black‘s concept. What makes Maslany’s performances really amazing is the fact that every clone feels unique to watch — kudos to the make-up team as well, who also contribute to the clones’ wardrobe a lot — and the interactions among them never feel confusing to watch at all. Sarah stands out as the main character, and though the show starts as her story, that changes later on as it unfolds as she wants a life change (and gets it, but in a totally unexpected way), and is the only one among them who has a biological daughter.

The other clones are also interesting to watch as much as Sarah, though. Soccer-mom and housewife Alison Hendrix tries to be the perfect housewife, and she’s funny to watch during the second half of the season, while Beth’s lifestyle and professional life proves to be a challenge for Sarah, who at first has no idea of how she should operate under every circumstance. There’s also Cosima Niehaus, a scientist trying to study the origin of the clones and has a relationship with fellow scientist Delphine Cornier (Évelyne Brochu). And last but not least, there’s also Helena, who proves to be a headache for Sarah and comes with a surprise revelation. There are more characters revealed as the series progresses, but those mentioned are the important ones right now.

However, not everything is watching Maslany performing in a scene with herself… and herself. Other standout characters include Sarah’s foster mom Siobhan (Kennedy), whose presence on the show is nice when she’s dealing with Sarah or Kira; detective Art (Kevin Hanchard) who mostly interacts with Beth and helps “her” to deal with a problem she did prior to the suicide event; and the scene-stealing Felix a.k.a. Fee, as Sarah calls him, who is greatly played by Jordan Gavaris and he holds his own against Maslany displaying great chemistry with her, especially with Sarah and Alison. At times, Fee comes across as an over-the-top character, but his multifacetic traits (artist, prostitute, confidant, etc.) makes him a character worth the watch.

Performances aside, Orphan Black boasts a great story that manages to sustain its intriguing atmosphere and momentum throughout its 10 episodes. Questions regarding their hunting, their creation, the monitoring and who (or what) is behind all of it are being put in front of the audiences, as well as dealing with themes of identity and motherhood. We get answers to those questions, but more questions arise alongside some twists that make the show so worth it.