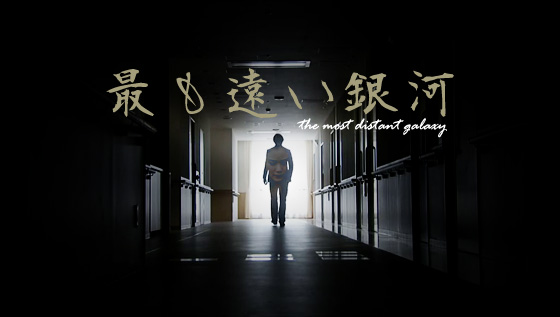 Murder, mystery, drama, sexual depravity and revenge fill the story of retired detective Seiichiro Watari (Tomokazu Miura), who at the twilight of his life, is still haunted by a ten-year-old unsolved murder case in which a Jane Doe — later identified as Misato Ebata (Yu Aoi) — was found in the sea of his hometown. Little did he suspect that he would find the key to manufacturing a mysterious pendant that would send him towards a jewelry designer named Lee Kyung-Ae (Yuri Nakamura). She would in turn lead him to architect Haruyuki Kiryu (Hideaki Ito), who is on his way to seal a very important deal with the Sunrise Corporation, headed by heiress Akane Seike (Yu Aoi), who is the split image of Misato.

If the plot sounds convoluted, it’s because it is. Excruciatingly slow, Mottomo Toi Ginga — or The Most Distant Galaxy — is a two-part television movie that lasts about four hours, but instead of leaving its audience wanting more, it would have been aided by a cut of, at least, one hour in running time. Though some of the most interesting bits are the scenes between Kiryu (nicknamed simply as Haru) with Kyung-Ae that showcase the whole darkness in the light/light in the darkness concept the movie wants to force into our “conscious.” The gang problems and the whole Korean thing didn’t seem to go ANYWHERE, so the story wouldn’t have changed much by cutting it — except for that last scene visiting the grave, which drives us to eye-rolling heights with ridicule. There’s also a floating head during a monologue, if you can believe it.

Despite the decent acting, Tomokazu Miura is unable to make his retired detective even remotely sympathetic, as he is living his last days working on a case instead of by his wife’s side, as he had promised when retiring. His child Ryoichi (Yuta Hiraoka), now a detective in Tokyo, doesn’t seem to get a strong build-up either, so whatever happens between him and his father’s detective partner, Kaoru Saotome (Manami Konishi), who at first seems like your average eager detective encouraged to find the truth (and she sort of does), comes out of nowhere. Their relationship comes out of thin air, which becomes a waste of time.

Instead, the best elements in Mottomo Toi Ginga — ironically — are the dark elements within all the light. Though developed as passing moments, the catalyst of these four hours of torture, the most interesting aspect of the story was Junsuke Seike’s (Takehiro Hira) sick relationship with his half-sister, Akane, which was largely avoided. The rest of it, the backstabbing, the blackmailing, and trying to live through another day didn’t work. Dude, we love Yu Aoi and all, but… this was just a pity.

I haven’t read Toru Shirakawa’s supposed novel, so this could either be a case of bad source material, as much as it could have been an adaptation error or a director’s vision mistake. Whatever the case may be, SKIP IT.