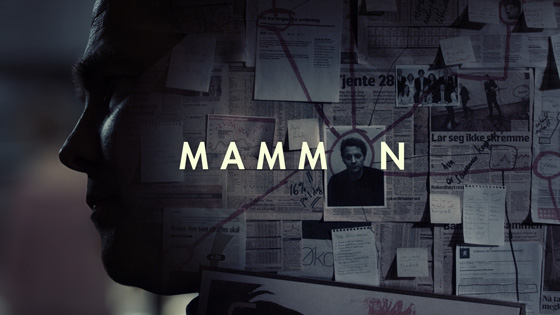 According to the New Testament, Mammon is the personification of material wealth and greed, and the word is sometimes used as a synonym for money, so it’s the perfect name for a show following a journalist called Peter Veras (Jon Øigarden), who uncovers a gigantic fraud involving a multinational company, in which his brother is involved. As a result, he kills himself unraveling a chain of events that goes back decades and involves the most obvious and most unsuspected people.

Though his sister-in-law Eva (Ingjerd Egeberg) and his nephew Andreas (Alexander Tunby Rosseland) resent Peter, who now spends his time as a sports journalist against the better judgement of his editor Frank (Nils Ole Oftebro) and in favor of story-hungry Inger-Marie (Anna Bache-Wiig), the curiosity bug never leaves him or ex-economic crime investigator Vibeke (Lena Kristin Ellingsen), who suspects someone is onto her.

Add Norwegian crime drama Mammon onto the list of American TV remake acquisitions [1], though we can’t really complain with The Bridge or Homeland, can we? However, I’m finding it hard to pin-point what’s good about the series, since technically is quite well-made even if it’s quite slow at times. Øigarden seems to be a big talent, but seems to lack a certain charisma that unlikable characters need to make us like them, but most of them resemble different shades of gray, from Peter’s seemingly corrupt brother, to Peter’s own struggle to uncover his brother’s corruption and their tumultuous relationship with their father. The first episode doesn’t hook you completely until its very last minutes, but boy does it get you.

In this day and age, I’ve been so accustomed to twists and turns that I was half-expecting Andreas to be behind it all. I don’t know how it could happened, but at that point, I had already suspected of everyone else. Though the acting is good, there’s no big stand-out since Mammon is written nearly as a one-man show for Øigarden, while the four female actresses served their purpose for storytelling, especially Ellingsen’s Vibeke for her near-magic computer wiz skills.

However, it’s good enough for a six-episode run. I don’t know how well a second series would work [1], considering most characters should have been wiped out by the end of this one, and that we didn’t feel much emotional attachment to the rest of the Veras family… but with enough surprises, who knows?