How to Make It in America – Season 1 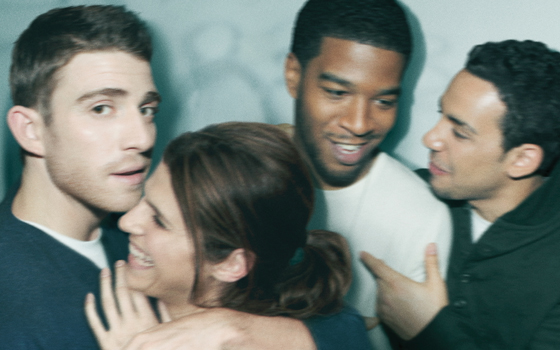 How to Make It in America follows Ben (Bryan Greenberg) and Cam (Victor Rasuk), two twenty-something enterpreneurs trying to make a name for themselves in New York City’s fashion scene. Ben and Cam use everything they have at their hands to try and break into the fashion scene, be it through their own skills and street experience or using friends — such as rich high school buddy, Kappo (Eddie Kaye Thomas), well-connected player, Domingo (Kid Cudi) and Cam’s cousin, René (Luis Guzmán), who has just been released from jail.

In Ben’s case, making it big in NYC isn’t his only problem. His ex-girlfriend Rachel (Lake Bell) is now dating somebody else and old feelings for her wake up inside him.

While the show’s executive producers include the same people that created Entourage, How to Make It in America works like a reversed version of Entourage: it’s about watching underdogs trying to succeed rather than seeing the glamour, money and superficial lives. Ben and Cam are not the only characters we follow as they try to succeed in the Big Apple. René also has his own ambitions — starting an energy drink company — and Rachel works with her boss Edie (Martha Plimpton) in the interior decorating field.

The atmosphere of NYC is nicely captured in the show and the underdog stories are easy to relate to. America also boasts pretty awesome opening credits and tells parts of the story through pictures. However, thanks to the writing, watching the show feels somewhere between fun, interesting, lazy and boring all at the same time.

Bryan Greenberg isn’t that good of a lead actor. That’s quite a problem since Ben is presented as a slightly more important character than Victor Rasuk’s Cam, who is actually entertaining and charismatic to watch. Lake Bell as Rachel is also pretty boring to watch. Along with Greenberg, they are the most unlikeable and weakest parts of the show. While Kid Cudi doesn’t get to do much in the show, Eddie Kaye Thomas could have been used better.

However, Luis Guzmán stands out stronger among the cast because his storyline is more developed. He makes René come across as a pretty credible character. Along with Guzmán and Rasuk, Martha Plimpton shines at playing the big-hearted but clingy boss and she’s the funniest here.

The season peaks strongly with the final two episodes thanks to pretty good writing that balances comedy and drama better and allows the best actors to shine. Even if the final minutes of the season looked Entourage-esque — due to a last minute twist involving Ben and Cam’s business affairs — there seems to be hope for a better second season. But losing Martha Plimpton to Raising Hope isn’t exactly good news for How to Make It in America.