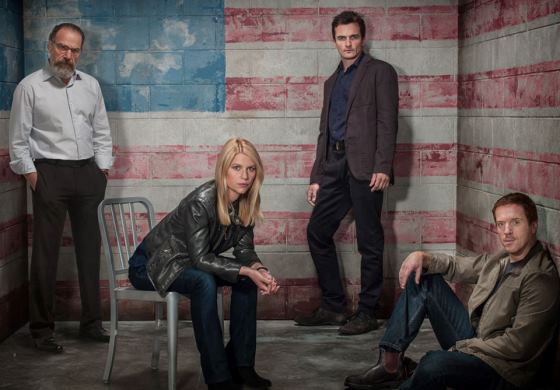 Homeland‘s Season 3 deals with the aftermath of the Langley bombing from the Season 2 finale, a murderous event that not only made the CIA look weak and incompetent, but Carrie (Danes) in particular suffers the worst: the US Senate, led by Senator Lockhart (Letts), blames her for the CIA’s fallings and criticizes her work and medical history as well as her affair with Brody (Lewis), who fleed the States after his suicide confession tape leaked.

At the same time Homeland shows us the consequences of Brody’s actions through Carrie as well as the CIA and his own family — especially through Dana Brody (Morgan Saylor) — a new antagonist emerges in the form of Majid Javadi (Shaun Toub), who has connections to the Iranian Guard, has a past rivalry with Saul (Patinkin) and is the person behind the Langley bombing.

Season 3 had two different halves quality-wise: the first one was pretty frustrating to watch as not only Homeland tackled the CIA hunting Javadi as well as Carrie vs. Lockhart, but at the same time they have given Dana Brody’s life [see: suicide attempt, rehab, surname change and troubled boyfriend Leo (Sam Underwood)] an insanely high (yet very unnecessary) amount of screentime/importance and the latter clashed badly against the important storylines given its melodramatic nature and it felt hard to watch given that Brody was absent for more than half of this season, making his family outliving their purpose to the show. But there’s something that might be even more unsettling than that and some of the setups for the CIA-related storylines, which got tedious to watch: Carrie’s decisions at work and life, which is hair-splitting to watch, as well as her stay at the hospital (which drained the show’s momentum, but later made sense through its resolution) and the mystery regarding — Spoiler: her pregnancy. Who’s the father? Season 4 will clear it out, I guess.

On the other hand, the second half of the season got better as Homeland gets back to its Season 1 spy thriller roots and showcases Damian Lewis and Mandy Patinkin as the season’s best acts along with Shaun Toub. While Toub fared strongly as an antagonist — especially in the season finale with his speech towards Carrie that puts perspective into her life and Brody’s — and Lewis as the troubled Brody (who went from heroin junkie to lucid warrior this time) injected life into Homeland with his presence that allowed storylines to flow better, Patinkin was really great to watch as Saul was allowed to not only be the mastermind of the CIA’s redemption storyline, but he also had to deal with domestic issues at home. Sadly, I can’t say good things about Carrie this time despite Claire Danes’ talents: the writing for Carrie felt against character in contrast to the events from past seasons. The rest of the supporting characters were decent-to-good, except for Dana Brody, who got way too overexposed this time, and Senator Lockhart, who at first seemed like a cartoon character but later evolved into a quite-rounded asshole.

Overall, Season 3 has been a pretty mixed ride, especially with Dana and Carrie to a certain extent, but the season finale gives some hope for improvement in Season 4 — new things and events are guaranteed — considering that the one thing that should have happened two years ago finally took place and gave Homeland a series finale vibe. I would have been fine with Homeland ending at this point, but you know how Showtime is by now with dragging out their shows for years.