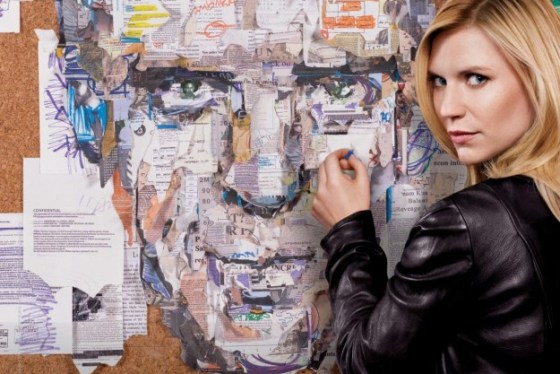 Homeland sets its second season six months after the events of the excellent Season 1, which landed its two main characters in different directions. While Season 1 put lots of pressure on the bipolar CIA agent Carrie Mathison (Danes), who was suspicious of Nicholas Brody (Lewis) being a terrorist threat (and eventually had an affair with him), Season 2 puts the consequences of Brody’s actions  — past and present — front and center instead and pressures him from start to finish relentlessly.

At first, Brody’s life seems a lot better as he is now running alongside VP William Walden (Jamey Sheridan) for the White House. However, his life takes a turn for the worse when he becomes a very questionable person in the eyes of his wife Jessica (Baccarin), Abu Nazir (Navid Neghaban), Walden and worst of all, a post-ECT Carrie… and when they re-encounter, their affair inevitably sparks again (for better and worse).

Season 2 is still great to watch thanks to the plot twists and multiple antagonists surrounding Homeland, and stellar acting from Claire Danes, Mandy Patinkin and most importantly Damian Lewis, who stands out as Season 2’s best asset. Danes still makes fantastic work out of Carrie, who still deals with hunting down Abu Nazir while clashing often against assholes such as her boss Estes (David Harewood) and CIA analyst Peter Quinn (Rupert Friend), assigned by Estes to run the operations against Nazir and Brody. I have to admit that Friend does some nice work with Quinn as he changes from comic relief into a legitimate threat later on. On the other hand, Mandy Patinkin has a nice blend of human moments and non-BS stuff through Saul, who might be hiding something for the upcoming Season 3.

Damian Lewis deserves his own paragraph. The man was outstanding at making the viewers question whether Brody is still true to his original mission during the entire season. The other storylines involving his family, the romance story with Carrie and, even better, the psychological torture he endures have to make you wonder if even he knows where he’s standing by the end of the day. While most TV fans questioned him winning over Breaking Bad‘s Bryan Cranston at the recent Emmy Awards, Lewis justifies his Emmy victory during Season 2, and I wouldn’t mind if he wins at the Golden Globes tonight.

As much as I enjoyed watching Season 2 because of how crazy and fun it was thanks to its cast, this last season loses some ambition and suffered a bit thanks to Homeland bordering between being a drama/spy thriller and a melodramatic soap opera compliments of the Carrie and Brody romance, which made all the rest of the storylines play second fiddle during the second half of the season. Don’t get me wrong, Danes and Lewis still have amazing chemistry when they’re together, but their reunion felt forced because of a quite illogical setup — Brody had to be turned into the “good guy” in order to be paired again with Carrie.

Most of the stuff involving Brody’s family came across as sidetracking and unnecessary, such as the stories involving Mike (Klattenhoff), whose presence felt overstayed, Jessica — who has become a chore to watch despite not being an evil character — and Dana (Morgan Saylor). Saylor excelled at carrying the worst parts of Season 2 — as she goes through a relationship with Walden’s son, Finn (Timothee Chalamet), which worked as a way of mirroring Brody’s current life, but it wasn’t well polished. And considering Abu Nazir should be on the same level as Osama Bin Laden, the writing for Nazir was unsettling [see: Broken Hearts].

Despite my complaints, Season 2 of Homeland is still very watchable. For anyone who feared Season 2 could have signalled the end of the show [see: Abu Nazir and Brody’s life shells], things aren’t quite over yet thanks to the Season 2 finale that will carry on into Season 3, which I hope sees improvement in the writing team and scaling down of the Carrie/Brody romance a notch for its own good.