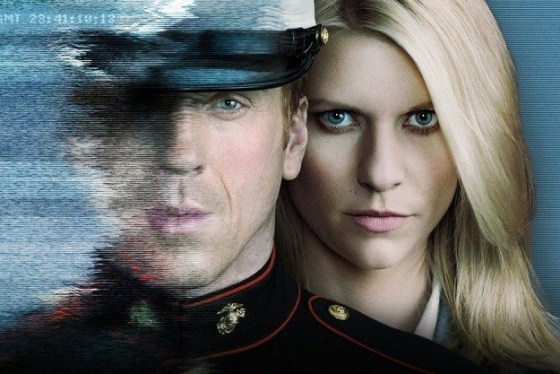 Homeland, developed by the people in charge of 24 and based on the hit Israeli series Hatufim, might just be one of the best drama series Showtime has debuted in years.

Season 1 begins when Nicholas Brody (Damian Lewis), a U.S. Marine Sargeant who was MIA since 2003 (and assumed to be dead), has been rescued during a Delta Force raid on a compound belonging to terrorist Abu Nazir (Navid Negahban). While the nation sees the returning Brody as a war hero, CIA Officer Carrie Mathison (Claire Danes) feels suspicious about his sudden return. Based on a tip from a man about to be executed in Iraq a year ago, she believes that Brody has been turned into a terrorist and will carry out a major terrorist attack in the States.

Is Carrie right about Brody being a terroist or is she wrong? That’s the question Season 1 tries to solve from Carrie’s POV.

Homeland‘s power relies in the cat and mouse chase between Carrie and Brody that goes on throughout the entire season, building up the tension and suspense which enhances the show. The writing team successfully maintains its momentum while developing their characters and adding the pieces to the puzzle along with some pretty good surprises and twists.

Carrie Mathison is easily one of the strongest female TV characters right now. Claire Danes truly shines in a difficult role as the competent CIA Officer who struggles with Bipolar disorder (and hides it from her co-workers), the aftermath of the decisions she makes and constant skepticism from everyone at work when she decides to investigate the “war hero”. While Carrie has a trust-worthy relationship with her CIA mentor Saul (Mandy Patinkin), who is 50/50 about the Brody investigation, she also has a very strained relationship with CIA Director David Estes (David Harewood), which only worsens as time passes by. Despite the complications thrown at her, she doesn’t take shit from anyone and puts her job above everything else.

Damian Lewis is great at playing the show’s other lead character. Brody is a psychologically tormented former prisioner of war who returns to his conutry as a changed man, readjusting to his family, and living a civilian life under a government he is increasingly unable to support. To add more salt to Brody’s wounds, his best friend Mike (Diego Klattenhoff) was filling the void of Brody’s absence by having an affair with his wife Jessica (Morena Baccarin) and gettting along with his children Chris (Jackson Pace) and Dana (Morgan Saylor). His actions can make you either sympathise with him or hate him, but it leads to a bigger picture that defines him as a person. Brody’s charazterization is important to Homeland since it’s through him that the show blurs the lines between good and evil.

The supporting characters were well-played by the cast. Saylor, Pace, Klattenhoff, Harewood, Baccarin and Patinkin were pretty good in their roles, especially Mandy Patinkin who smoothly played the father-daughter realtionship with Carrie. Baccarin was also good at tackling Jessica’s affair with Mike, readjusting to Brody and dealing with her rebellious daughter.

While Homeland shares similarities to 24 and other spy films in storylines, characters and structures, it’s the chemistry between Danes and Lewis that makes the show worthwhile along with their great performances. Sparks fly when Carrie and Brody meet for the first time, and it gets better (troublesome for them) the more they interact with each other.

Season 2 — airing on Sepetember 30, 2012 — should be really interesting to watch considering the positions in which Carrie and Brody are after an excellent season finale.