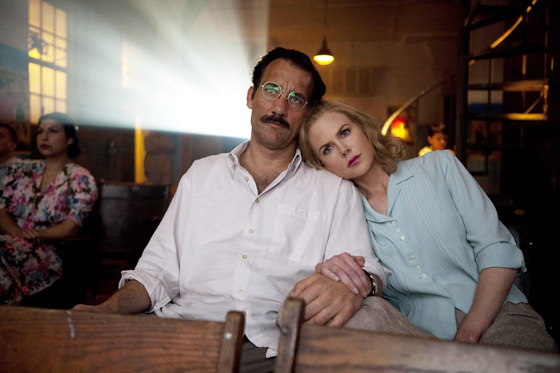 I was somewhat excited to watch this [1] because I have a soft spot for Nicole Kidman and I miss her because everyone judges her for different reasons outside her acting. I wanted Hemingway & Gellhorn to be really good, as it had the material to be epic and HBO backing it. You would usually think HBO equals quality — it has some great series and some awesome miniseries — but I have no idea what their track record is with made-for-TV movies.

We’re off to a bumpy start when we see Gellhorn, with a few good years on her, and Kidman’s face still recognizable below the old makeup. It’s a bit of a shock, at first, followed by a bizarre sense that just doesn’t feel right until Gellhorn speaks. Hemingway & Gellhorn is the story… the view of Hemingway through the eyes of travel writer and journalist Martha Gellhorn. Their sporadic love/hate relationship through the years of historic turmoil and then some…

There was a lot of material right there, and clocking in at about 2.30 hours running time, they knew they had a lot of material to cover. However, Hemingway & Gellhorn feels about 40 minutes too long, with odd transitions of colored footage to sepia-converted footage to match it with some of real footage clips… there were times that it worked, but it was distracting overall.

I was mostly disappointed with the script and the direction of the movie. It just seemed like they didn’t know how to develop the relationship between the two, adding some random sex scenes that felt awkward as hell… even for an HBO production. And while most of the cast did a decent job with their parts, I was slightly disappointed in Clive Owen’s slightly over the top interpretation of Hemingway. I gotta admit that his Hemingway was like… a judgmental caveman.

And my god, Lars Ulrich’s participation is probably the most pointless of all. He didn’t bring anything to the table, and could have been played by any random no-name and it wouldn’t be as distracting as it was.

As far as Kidman goes, she is probably gonna be edged by Julianne Moore in Game Change, but the intensity she gave Gellhorn in some scenes — especially by the end of it all, and the last scene with her OldGellhorn makeup — would be enough to at least give some consideration come awards time.